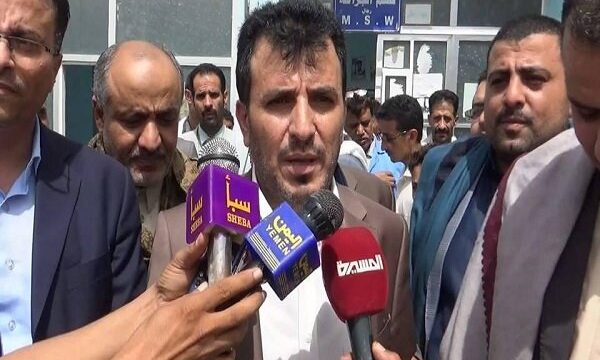 In a local event on Saturday, he said that UAE is planning to send a number of Covid-19 suspected patients to Yemen’s Mocha and Aden, reported Almasirah.

He called on international bodies to prevent the realization of such plots. The Minister also noted that there are no confirmed cases of the virus in the country.

Starting in China’s Wuhan in Dec. 2019, the novel coronavirus is now spreading throughout the world with more than 60 countries confirming cases. The virus is also active in the Middle East as is it has been reported in Iran, UAE, and Bahrain among others.

Meanwhile, fears are growing about the aftermath of the outbreak of the disease in Yemen which is being under the aggression of the Saudi-led coalition since March 2015 which has damaged its infrastructure including those related to public health.

The US-based Armed Conflict Location and Event Data Project (ACLED), a nonprofit conflict-research organization, estimates that the war has claimed more than 100,000 lives over the past nearly five years.

The Saudi-led coalition has been widely criticized for the high civilian death toll from its bombing campaign. The alliance has carried out nearly 20,500 air raids in Yemen, according to the data collected by the Yemen Data Project.

The UN says over 24 million Yemenis are in dire need of humanitarian aid, including 10 million suffering from extreme levels of hunger.

coronavirus, Taha Al-Mutawakkil, UAE, Yemen crisis March 1, 2020
IRGC sets up base for fight against coronavirus
Decontamination of coronavirus to be carried out in Tehran