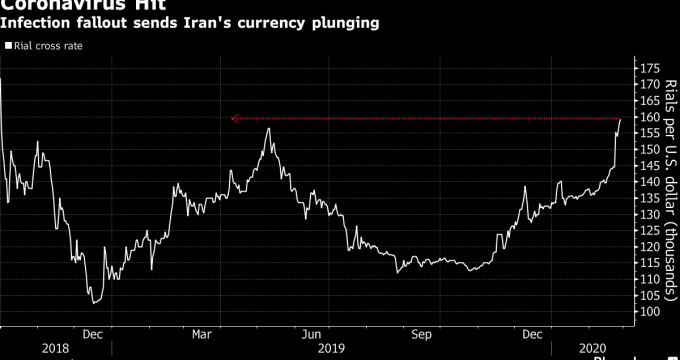 Bloomberg | Paul Wallace: The spread of the coronavirus to Iran, which has more confirmed cases than anywhere in the Middle East, is causing panic in the Islamic Republic and the rial to tumble.

The currency has weakened about 10% on the black market since the nation announced its first case on Feb. 19, according to bonbast.com, a local website. That’s extended its drop since a bout of anti-government protests in November to almost 30%.