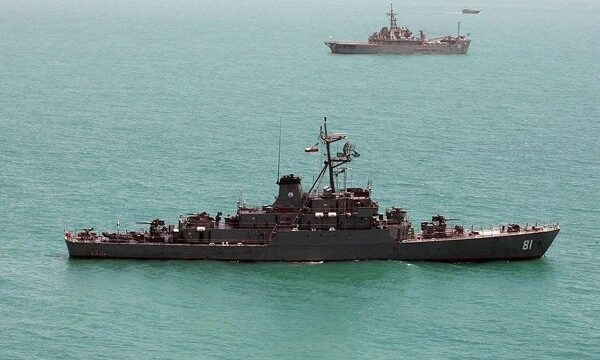 Press TV – The Iranian Navy’s 66th flotilla of warships has docked at Jakarta port in Indonesia as part of the Islamic Republic’s policy of expanding its naval presence in high seas.

The commander of the flotilla, Captain Ehsan Nasiri, said on Tuesday that the combat and training fleet berthed in Jakarta after 25 days of sailing and raising the flag of the Islamic Republic in international waters in order to show the country’s power of diplomacy.

He added that the fleet is scheduled to stay in Jakarta for three days and the naval forces onboard plan to meet with senior military commanders of Indonesia.

They would also participate in some sports competitions with the Indonesian Navy’s personnel, the captain said.

Iranian ambassador to Jakarta, military attaché and cultural advisor as well as senior Indonesian military officials attended a ceremony to welcome the flotilla.

The 66th Iranian naval fleet, comprising of Kharg helicopter carrier and Bayandor destroyer, set sail for the trip in January from the southern Iranian port city of Bandar Abbas on the Persian Gulf.

Over the past few years, Iran’s Navy has increased its presence in high seas to safeguard naval routes and provide security for merchant vessels and tankers.

Iran has repeatedly assured other countries that its military might poses no threat to other states, insisting that the country’s defense doctrine is entirely based on deterrence.

Iranian Navy Commander Rear Admiral Hossein Khanzadi said in November that the country has so far dispatched 64 naval fleets to the Gulf of Aden.

“We have so far dispatched 64 naval fleets to the Gulf of Aden region, and a considerable number of our naval forces have participated in various missions,” the senior commander said on Wednesday.