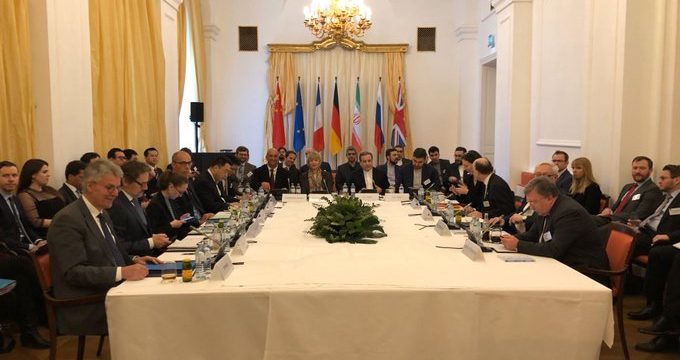 MNA – Secretary General of the European External Action Service (EEAS), Helga Schmid, says “crucial discussion” is being held among participants of the Joint Commission meeting in Vienna on Wednesday.

“Joint Commission of the #JCPOA happening now. Crucial discussion with participants on the way forward to preserve #Iran Deal,” Secretary-General of the European External Action Service (EEAS), Helga Schmid, wrote in a tweet on Wednesday.

Earlier, she had tweeted that participants had a “collective responsibility to preserve the #IranDeal.”

The Joint Commission is being chaired on behalf of the EU High Representative Josep Borrell Fontelles by Helga Schmid and attended by representatives of China, France, Germany, Russia, the United Kingdom and Iran.

The meeting comes as the EU3 — the three European signatories to the nuclear deal, officially known as the Joint Comprehensive Plan of Action (JCPOA) — accused Iran on January 14 of violating the terms of the accord and announced that they plan to trigger a dispute settlement mechanism that could eventually restore UN Security Council sanctions against the Islamic Republic.

Iran started reducing commitments to the deal after the US withdrew from the agreement and reimposed sanctions on Iran.

The E3 also failed to safeguard Iran’s economic interests in the face of US sanctions.