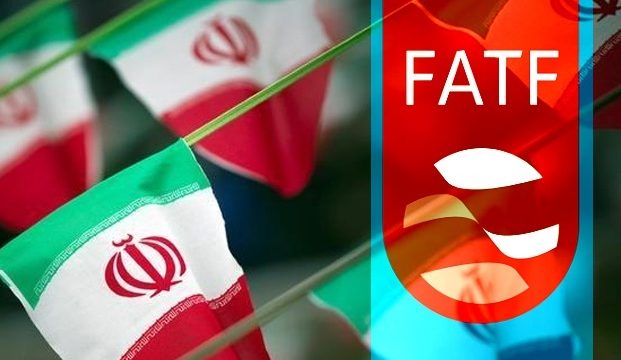 The Wall Street Journal | Ian Talley and Kristin Broughton: Iran is facing long-term financial isolation under new sanctions levied by the global terror-finance watchdog Friday, sending a stout warning to Pakistan, which was given additional time to put its own house in order.

The Financial Action Task Force’s action against Iran was made more permanent by a little-noticed clause that gives the U.S. and its allies the ability to block removal of the sanctions even if Tehran adopts new antiterror and money-laundering regulations. The blacklisting and associated sanctions are expected to further choke Iran’s remaining financial and trade ties and politically isolate the country.

Although the FATF gave Pakistan a reprieve from its own blacklisting, the action against Tehran puts Islamabad on notice of the consequences it risks if it fails to meet the Paris-based watchdog’s recommendations.

The FATF said it may take action if Pakistan doesn’t make progress by June in prosecuting and imposing criminal penalties in terrorist-financing cases. The watchdog could advise financial institutions to place transactions with Pakistan under additional scrutiny, it said.

The FATF, which was established in 1989 by the Group of Seven leading nations, sets standards and monitors anti-money-laundering and counterterrorism-financing laws.

Under the restrictions placed on Iran, FATF member countries, which represent all the world’s most important financial centers, will now need to report back to the watchdog on how exactly they are complying with the group’s sanctions, a senior U.S. administration official told The Wall Street Journal.

Many countries, including some in the West, still allow Iranian banks to operate branches. These include a small number of institutions that haven’t been targeted by the U.S. in its pressure campaign against Iran as well as others it has labeled as conduits used by Tehran to fund terror groups and its weapons of mass-destruction programs.

Failure to enforce the FATF sanctions will bring increased scrutiny and pressure by Washington, the senior U.S. administration official said. The U.S. can leverage its power as the world’s largest economy and most important financial market, as well as the U.S. dollar’s hegemony as a global reserve currency, to strong-arm countries into acquiescing to its demands.

The private sector will also take note, the person said, which can raise the financial cost of doing business for such countries and complicate financial transactions for banks in those jurisdictions.

But the pain from the FATF’s action Friday isn’t just from the sanctions themselves. Even if Iran were to adopt the required international anti-money-laundering and terror-finance standards, the country isn’t going to be automatically removed from the blacklist.

That makes it nearly impossible for FATF sanctions to be lifted unless the U.S. and its allies are satisfied Iran has sufficiently overhauled its financial system to protect against terror finance and money laundering, the U.S. official said.

“Today, the international community was unanimous in condemning Iran’s financial threat,” said Brian Hook, the U.S. State Department’s special envoy for Iran. “Iran is more isolated than ever before. It will become even more of a pariah until it changes course.”

A representative for the Iranian mission to the United Nations didn’t immediately respond to comment.

Pakistan in 2018 was placed on the FATF’s so-called graylist, a roster of countries subject to increased monitoring. The FATF identifies countries on the graylist as having weaknesses in their legal frameworks for addressing money laundering and terrorist financing. If graylisted countries don’t take steps recommended by the FATF to address the deficiencies, they could face sanctions that could restrict their access to the international finance system, such as the ones imposed on Iran.

Pakistan has made progress in several areas, including in its efforts to identify cash couriers, the FATF said. All deadlines on the FATF’s list of recommended overhauls for the country, however, have expired, the watchdog said.

Pakistan’s embassy in Washington didn’t immediately respond to a request for comment.