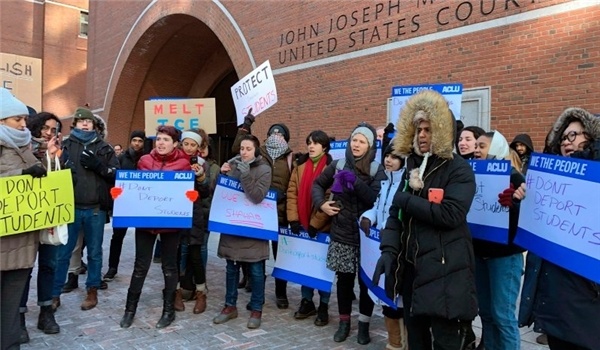 AP — Three more students from Iran attending New England colleges have filed civil rights complaints with the U.S. Department of Homeland Security, saying they were mistreated and illegally denied entry into the country.

The complaints follow similar ones filed by an Iranian student seeking to begin classes at Northeastern University and a graduate student at Harvard University.

Pegah Karimi said in her complaint filed earlier this month that she was denied entry at Boston’s Logan International Airport in August despite having a student visa to attend graduate school at Southern New Hampshire University in Manchester.

Mohammad Moradi said in his separate complaint filed this month that he had a student visa to pursue a doctorate degree at Northeastern in Boston.

He said he was denied entry in October as he returned from a conference in Paris, where he presented an academic paper.

Moradi said officials denied him entry even though he’d been admitted to the U.S. three times prior that year, including after two brief trips to Canada to visit relatives.

And Behzad Rezaei said in his complaint that he had a student visa to pursue a doctorate degree at Worcester Polytechnic Institute but was denied entry in August.

The five students who have filed complaints to Homeland Security say they were detained for hours and subjected to harsh questioning by federal officials at the airport.

They say the officials wrongly determined they planned on staying in the country longer than their temporary student visas allowed. The students maintain they had no intention of overstaying and that federal officials provided no proof supporting their conclusions.

The five students are among at least 10 Iranians denied entry into the U.S. since August, the start of the academic year at most colleges. Seven of those had flown into Boston’s airport.