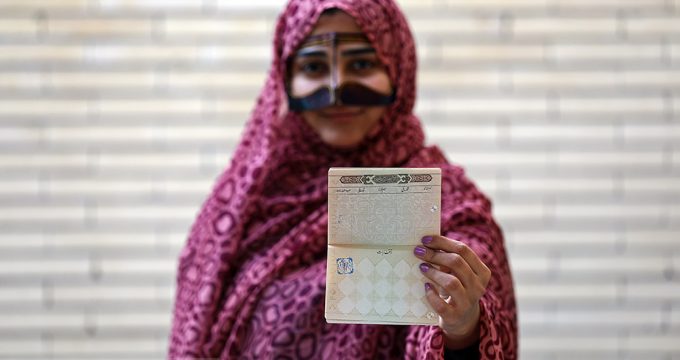 Al-Monitor – After a week of lackluster campaigning, Iran held a parliamentary vote Feb. 21, with the country’s leadership issuing persistent calls for maximum participation. State media extensively covered what they described as a “passionate presence” by the public, an account disputed by ordinary citizens on social media, who posted images of what they said was evidence of low turnout.

According to Iran’s Interior Ministry, nearly 58 million out Iran’s population of 83 million were eligible to elect some 290 lawmakers for the legislative body. The vote was preceded by a contentious removal of Reformist nominees allied with moderate President Hassan Rouhani. The purge by the hard-line Guardian Council had already triggered warnings from the pro-Rouhani camp about voter apathy.

“Had the prominent personalities been given the chance to compete, the turnout would have undoubtedly been higher,” said senior pro-Rouhani parliamentarian Ali Motahari after voting in the capital Tehran. Despite being disqualified, Motahari and other top Reformists refrained from encouraging a boycott.