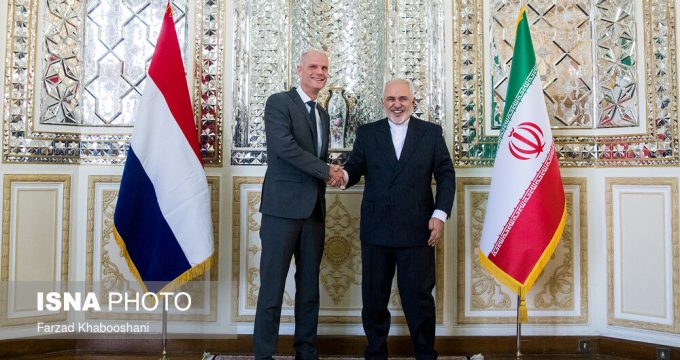 Minister of Foreign Affairs of the Kingdom of the Netherlands Stef Blok arrived in Iran on Friday.

He met the governor of Isfahan yesterday upon his arrival.

He is scheduled to hold meetings with President Hassan Rouhani on bilateral, regional and international issues.

Relations between Tehran and Amsterdam have soured in the past few years following the European country’s expulsion of two Iranian diplomats in June 2018, and Tehran’s reciprocal measure in February 2019.

Iranian Foreign Ministry Spokesman Seyyed Abbas Mousavi said late on Wed. that the foreign ministers of the Netherlands and Austria will visit Iran in the beginning of the next week.

In addition to reviewing bilateral ties and exchanging views with regards to the most important international issues, Islamic Republic of Iran’s criticism of Europe failure to live up to its commitments within the framework of the Joint Comprehensive Plan of Action (JCPOA) and their inaction with regards to the imposition of US extraterritorial laws will be emphasized in the talks with foreign ministers of the two aforementioned European countries, Mousavi added.

Also, the issue that security of the Persian Gulf and Strait of Hormuz will be materialized only through the cooperation and interactions of countries in the region will also be stressed in the talks, Foreign Ministry Spokesman Mousavi continued.