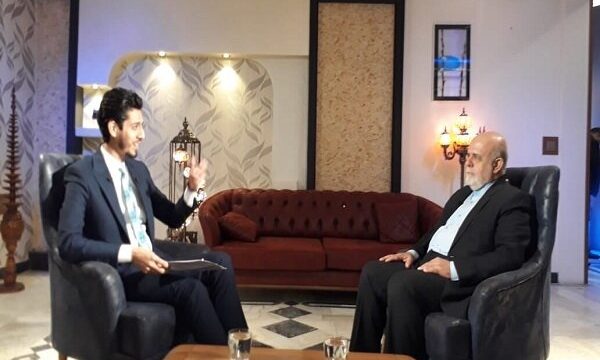 MNA – Iran’s Ambassador to Iraq Iraj Masjedi said that Iran wants to resolve disputes with Saudi Arabia and welcomes any mediation, including Iraq.

“Iran wants to reduce tensions with Saudi Arabia and the United Arab Emirates, and the recent trip of Emir of Qatar to Tehran has had positive and productive results,” said Masjedi in an interview with Alforat News, adding, “We highly respect the governments and nations of the region, especially the Iraqi people.”

He added, “Tensions between Iran and the US are political, and the assassination of Lt. Gen. Soleimani has made the military option closer,” saying, “The Iranian missile attack on US base in Iraq was a crushing response to the US invasion in Iraq, not a violation of Iraqi sovereignty.”

Referring to the latest demonstrations in Iraq, Masjedi said, “As the leading Iraq Shia cleric Grand Ayatollah Ali Sistani confirmed, we also support the public protests and legal demands of the protesters, but we disagree with sabotaging and invading diplomatic institutions and sites such as what happened to Iranian consulates in Najaf and Karbala.”

He also wished success for the new Iraqi Prime Minister Mohammed Tawfiq Allawi, saying that any prime minister appointed by the Iraqi parliament is supported by Tehran.

Referring to the Iraqi parliament’s decision to expel US troops from the country, he noted, “The US withdrawal from the region is in its own interest because their interference has caused turmoil in the region.”

He went on to say, “We strongly oppose the US presence in Iraq and the region but we do not impose our demands on any sides.”

“Iran does not want to destroy and tense relations with the countries of the region,” he stressed, saying, “The US bases serve no one in the region, and we tend to resolve our problems with Saudi Arabia and welcome any mediation, including Iraq.”