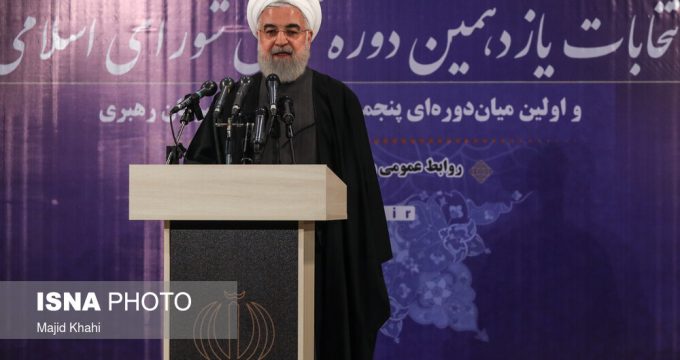 IRNA – Iranian President Hassan Rouhani said on Friday that massive turnout of Iranian people in the election will disappoint the enemies more than ever.

Iran’s President Hassan Rouhani on Friday visited the Elections Headquarter at Interior Ministry in Tehran where he casted his vote for the 11th parliamentary elections and the mid-term election for the Assembly of Experts.

He said that 40 years have passed since the first Majlis elections in Iran (after The Revolution), and despite the difficult times, the elections were held in a timely manner as there has been no gaps in the previous parliament elections by this time, which is unique of its kind in the history of democracy and in the history of Iran.

Hassan Rouhani also added that “God willing, our nation will create a new source of pride and our enemies will be disappointed more than ever”.

The 11th parliamentary elections and the mid-term election for the Assembly of Experts began in Iran early today.