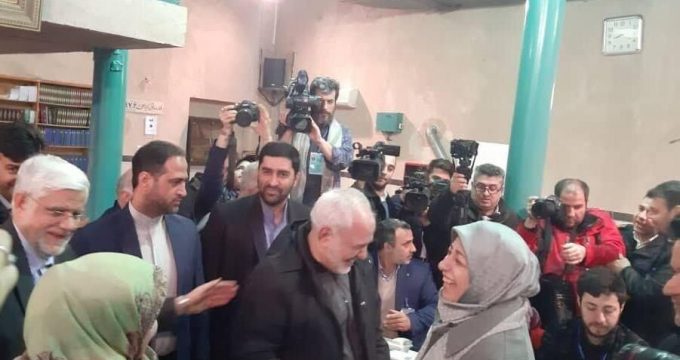 IRNA – Iran’s Foreign Minister Mohammad Javad Zarif said on Friday that despite all the differences, the election is still the best way to strengthen the country at international level enabling us to build a more beautiful country for the next generation.

Zarif made the remarks after casting his vote for the 11th parliamentary elections and the mid-term election for the Assembly of Experts at a voting station in Tehran.

The foreign minister said that massive turnout of Iranian people for the elections sends one signal to the world that despite all the difference, the Iranians want to determine their own fate.

The Iranian people do not let someone in Washington decide for them, especially someone who shared in assassination of their General Qasem Soleimani, Zarif said.

The Supreme Leader of the Islamic Revolution Ayatollah Seyyed Ali Khamenei has stressed on Tuesday that during the upcoming elections, like the previous instances of the anniversary of the Revolution and the commemoration of Lt General Qasem Soleimani, the enemy will fail once again in disappointing Iranian youth.