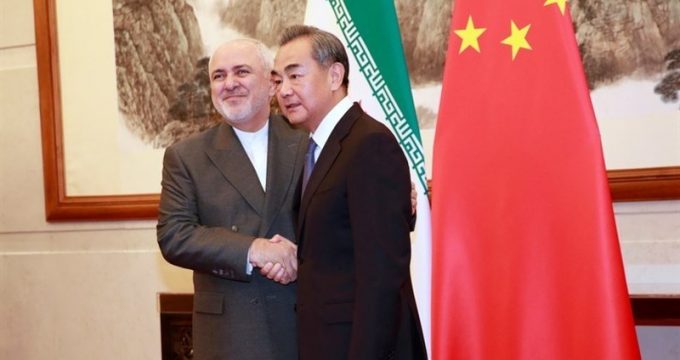 Iranian Diplomacy | Kaveh L. Afrasiabi: By all indications, at a critical juncture in China’s rapid progress as an up and coming global superpower possessing all the necessary components of both hard and soft power to challenge West’s hegemony, a mysterious virus with unknown origins has hit the country hard causing massive disruptions in China’s economy, coinciding with a new level of anti-China rhetoric by the US officials. As a result, the US-China relations have hit a new low and there is a growing suspicion in China that the predatory US government is poised to exploit China’s misfortune to its advantage, in light of the statement by the US Commerce Secretary Wilbur Russ that the spread of Coronavirus is good news for the US economy as it will lead to the return of jobs to the US mainland.

Such unabashed, and thoroughly unethical, expressions of hostility toward China are, of course, matched by equally questionable overreaction of US government, in restricting the entry of Chinese citizens to US and to launch a ‘de facto sanctions’ regime aimed at isolating China, even though no such similar measures were ever witnessed during the US-origin swine flu in 2009 that infected over 60 million Americans and killed over 12000 citizens– compare that to the less than 100,000 coronavirus patients in China and the death toll (as of this writing) below 2000. Clearly, there is a double standard operating here and the geopolitics of the new virus reigns supreme, as a weaponized infectious disease that has weakened American hegemonic power’s greatest rival today.

Needless to say, there is a great deal of uncertainty about the scope and duration of the coronavirus epidemic and, indeed, much depends on Beijing’s ability to meet the challenge of limiting the spread of disease and coming up with the vaccine in a timely fashion — concerning the latter it is estimated that it may take up to a year to develop the vaccine and by then it is entirely possible that due to warmer climate the virus maybe contained, optimistically speaking. In a worst case scenario, however, this would turn into a global pandemic and wreak havoc on the global economy, by inflicting serious damages on China’s economy, which acts as an important engine of global growth nowadays. In the midst of a fluid, and potentially catastrophic situation, China’s economy is expected to suffer a retarded growth in 2020, losing up to 1 percent of its annual growth according to some economists, although the Chinese officials dismiss such numbers as highly exaggerated and speak optimistically of China’s “rapid recovery.” One investment firm, Moody’s, has lowered its growth forecast for China from 5.8% to 5.2% for 2020, which would reflect “a severe but short-lived economic impact, with knock-on effects for economies across the region.” While that remains to be seen in the weeks and months to come, there is no doubt on the other hand that the disease has exposed some major flaws in China’s health care system, now overstretched with overflowing hospitals and shortages of medical supplies, as well as crisis-prevention, culminating in purges of some local officials. A big question is how this will affect China’s foreign policy?

With respect to US-China relations, US’s signs of overt hostility mentioned above fuel a new anti-American mood in China that will most likely linger for some time even after this epidemic is over. There is a growing perception in China that US will resort to any means to block China’s progress and to cause a major setback on the economic front irrespective of the ties of interdependence. No doubt some US companies with trade and investment in China have suffered as a result of this epidemic, but so far the damage to US economy has been minimal, compared to the (yet to be determined) losses on China’s part.

Simultaneously, the bad news at the US-China front is rather good news for China’s relations with both Russia and Iran, i.e., countries that have stood by China instead of buying into the American deliberate overreaction. This was in fact evident in the recent meeting of Iran’s and China’s foreign ministers on the sideline of Munich Security Conference in February where Foreign Minister Wang Li expressed China’s gratitude at Iran’s sympathetic response. Responding to the anti-China speech of US Defense Secretary Mark Esper, who sought to fan the flame of China fearmongering among the Europeans, Li branded Esper as a “liar” and reiterated Beijing’s opposition to Trump administration’s so-called Middle East Peace Plan, which is also opposed by Iran on the ground that it is a thinly-disguised plan for Israeli expansionism. In a word, there is now a greater foreign policy symbiosis between Tehran and Beijing born by the common enmity generated against them by Washington policymakers. As a result, Washington’s ability to influence China away from (oil and non-oil) trade with Iran has been substantially reduced, representing a major setback for the “maximum pressure” strategy; the longer the latter lasts and continues unreconstructed on diplomatic tracks, the less the chances of this strategy harvesting any major gain against Iran. Indeed, the US’ confrontational strategy against Iran is doomed to fail and this failure is now fully transparent with respect to China.

coronavirus, Iran-China ties February 21, 2020
Tehran welcomes expansion of ties with Canberra
Turkey faces strategic defeat in Idlib after failing to live up to its commitments on Syria