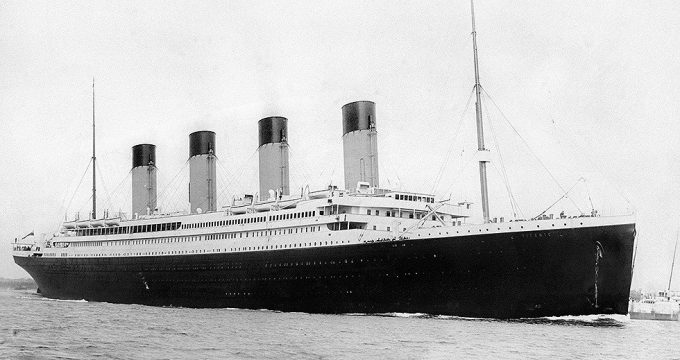 Like the ‘Titanic,’ the glory of the US won’t prevent it from sinking… and it will sink – Iran’s Ayatollah Khamenei

RT – Iranian Supreme Leader Ayatollah Ali Khamenei has denounced the US ahead of Iran’s elections, likening Washington to a sinking ocean liner, and calling it out as a mass oppressor.

Pulling no punches, Ayatollah Khamenei tweeted that the country’s arch rival is a clear “manifestation of oppression” that is “abhorred by the world.”

Not stopping there, he also likened the US to the ‘Titanic,’ and promised its fate may be no less grim.

“The Americans decorate a facade to deceive others and to scare some. But, just as the magnificence of the ‘Titanic’ didn’t prevent her from sinking, the glory of the US won’t prevent it from sinking. And it will sink.”

He also mourned the death of General Qassem Soleimani, who was killed on January 3 by a US airstrike in Iraq.

“The martyrdom of Gen #Soleimani was a bitter loss, but it put many nations next to Iran’s side.”

Soleimani’s death was not seen as martyrdom by Washington, however, with President Donald Trump describing the military leader as a “terrorist,” and his killing as “American justice.” Iran responded decisively, raining a volley of ballistic missiles down on two bases in Iraq used by American forces. The exchange of fire pushed the US and Iran closer to open conflict than at any point in recent history, though Trump opted to respond with economic sanctions instead of military force.

Tension between the two countries remains high, however. The US has continued to ply Iran with sanctions, including penalties on its civilian nuclear industry. Iran, meanwhile, has rolled back previous limits on its nuclear program and unveiled new ballistic missiles.