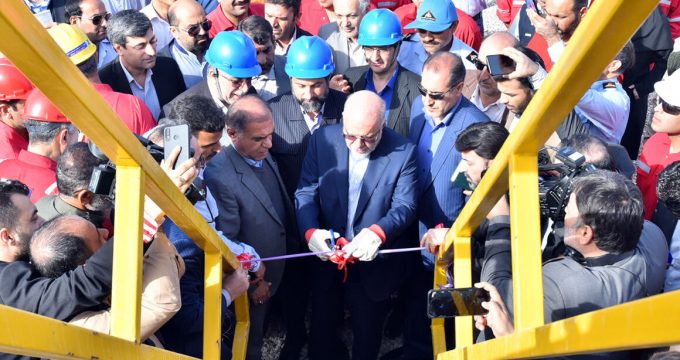 SHANA – Fath 72 Drilling Rig, built by Academic Center for Education, Culture and Research (ACECR), has been unveiled in a ceremony attended by Iranian Minister of Petroleum Bijan Zangeneh.

A ceremony was held on Tuesday to unveil the Iranian-made structure in the presence of ACECR President Hamid Reza Tayebi, National Iranian Oil Company (NIOC) CEO Masoud Karbasian and Abdollah Moudavi, the CEO of the National Iranian Drilling Company (NIDC).

The rig is fully built by Iranian experts and is expected to be used in exploration regions of the country.

ACECR has signed three contracts for building drilling rigs worth €33m of which two have been handed over to NIOC, so far. A third rig is expected to be delivered next year.

Fath 72 drilling rig can drill wells as deep as 20,000 feet and can resist up to a million pound of pressure. The structure has a top-drive with 500 tons of power as well as three mud pumps each with 1,600 hp.

Hamid Reza Tayebi, Iran Fath 72 drilling rig, NIOC February 20, 2020
Iran controversial director’s new political drama lambasted by moderates
Like the ‘Titanic,’ the glory of the US won’t prevent it from sinking… and it will sink – Iran’s Ayatollah Khamenei