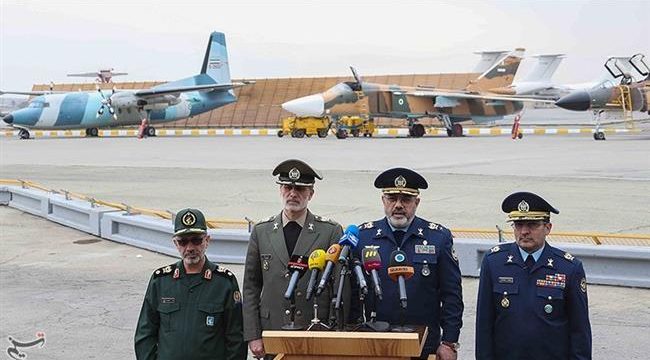 The refurbished jets were delivered to the Army on Thursday during a ceremony at the Iran Aviation Industries Organization of the Ministry of Defense and Armed Forces Logistics.

Iranian Defense Minister Brigadier General Amir Hatami, who was present at the event, said the overhauled jets are of F-4, F-14, F-27, Sukhoi and Mirage types as well as C-130 and 707 transport aircraft.

He also noted that the tech-savvy countries have refused to provide Iran’s Air Force with even the smallest spare parts and services it needs under threats from the US and its allies as well as tough sanctions and an all-out economic war uner way against the Islamic Republic over the past 40 years.

However, he added, Iran has taken important measures in the aviation field that prove its self- confidence in neutralizing sanctions.

Hatami further stressed that the “complicated” process of overhauling military jets is monopolized by some powerful countries.

The overhauled jets can be used in modern combat situations and equipped with special weapons such as a cruise missile with a range of 1,000 kilometers, he pointed out.

The overhauling of military aircraft, the defense minister said, has not only increased the Armed Forces’ combat, offensive and supportive capabilities, but also reduced costs by over 50 percent.

He also appreciated the government backing for boosting Iran’s defense power and thanked mangers, experts and scientists working in the aviation industry.