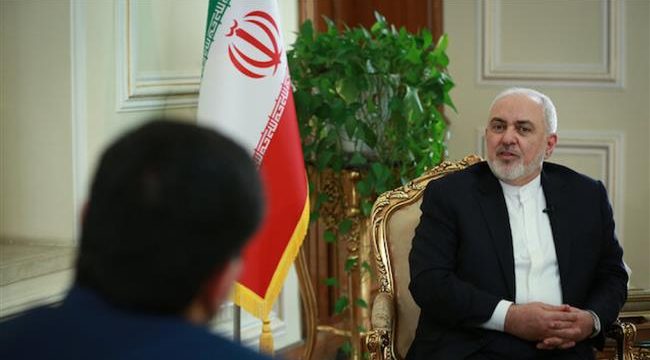 Press TV – Iran’s Foreign Minister Mohammad Javad Zarif says the only viable solution to the decades-long Israeli-Palestinian conflict lies in taking the path of resistance and a popular vote, rather than the US-devised Middle East proposal that seeks to bolster Israeli hold on occupied land at the expense of Palestinian rights.

Zarif made the remarks in an interview with khamenei.ir, the official website of Leader of Iran’s Islamic Revolution Ayatollah Seyyed Ali Khamenei, published on Monday.

He stressed that the Palestine dispute cannot be resolved through a scheme that seeks to violate the Palestinian rights and expand unlawful settlements on occupied territory.

“As for Palestine, instead of giving in to the humiliation and the increasing and infinite pressures exerted by the US and the Zionist regime, there are two solutions that should be pursued simultaneously, not separate from one another. One is resistance and another is democracy and popular vote. If they put these two solutions in practice, the question of Palestine will be resolved,” he said.

Last year, the Islamic Republic submitted to the United Nations its proposal for the holding of a referendum on the issue of Palestine issue, as put forth by Ayatollah Khamenei, he noted.

“The solution for the issue of Palestine turns around the two pivots of democracy and resistance. The purpose of resistance is clear and the Palestinians are in fact resisting, but today all Palestinians should express their unanimous opposition to the “deal of the century.” The unity inside Palestine on the basis of resistance can help foil Zionist policies,” he said.

Zarif highlighted the role of democracy as another game changer in the issue of Palestine, saying the proponents of a fake democracy who consider the Zionist regime to be “the only democracy in the region” need to be prepared to embrace true democracy.

“What does true democracy mean? It means that all those who live in Palestine, who are the real owners of Palestine, but who have been displaced around the world should be able to determine and make decisions for their own future,” he pointed out.

US President Donald Trump released his self-proclaimed “deal of the century” during an event at the White House alongside Israeli Prime Minister Benjamin Netanyahu in Washington on January 28.

The so-called ‘Vision for Peace’ bars Palestinian refugees from returning to their homeland, regards Jerusalem al-Quds as “Israel’s undivided capital” and allows the regime to annex West Bank settlements and the Jordan Valley.

Elsewhere in his comments, Zarif described the US initiative as the continuation of Washington’s interventionist policies regarding the question of occupied Palestine.

“One of the mistakes made in the past 30 years was that they [some Palestinian organizations] thought they would be able to revive the rights of the Palestinians through cooperating with the occupiers,” he said, adding that all Palestinian parties have realized the fallacy of this notion.

The top Iranian diplomat further emphasized that even the former Pahlavi regime had proposed a democratic solution for the Palestine issue and rejected the 1947 UN Palestine Partition Plan.

He also complained about the “passivity and degradation” of the Arabs in the face of the Americans and the Zionists.

In recent years, the Arab world has not only adopted “a passive outlook” towards Tel Aviv and Washington, but also allied with the pair against Palestine, Zarif said, noting that such an approach has led the Americans to the conclusion that they can unveil their plan for the Middle East.

Zarif pointed out that the Arab world has stooped to such a level of disgrace that the Americans think they can portray such a despicable plan as a means of upholding the rights of Palestinian people, whereas “on the basis of what Trump and [his son-in-law and adviser Jared] Kushner think and say, they are not at all concerned about anyone’s rights and they view this plan as a [real estate] project.”

“The Arab world is still insisting to purchase security from the US and the Zionist regime… instead of relying on themselves, their people and their Muslim neighbors. As for the Americans, they obviously welcome it due to the fact that they sell weapons to Saudi Arabia worth 67 billion dollars, and at the same time they purchase the dignity of Saudi Arabia.”

Zarif exclaimed that the Arab leaders do not even dare voice their opposition or adopt a position in support of Palestine, and they even go as far as thanking Trump for his skewed proposal.

The Palestinians need to realize that they cannot achieve their goal by giving in to US interventionism, he pointed out.