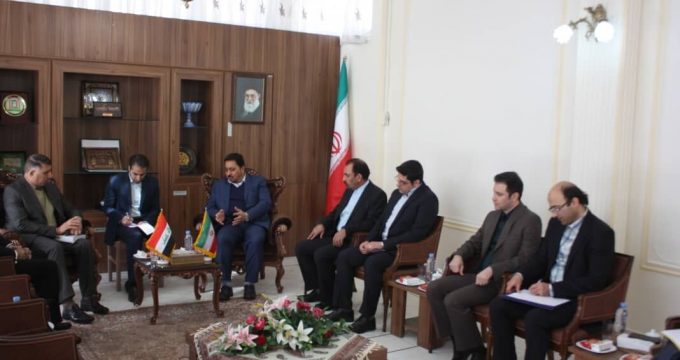 IRNA – A visiting Iraqi judicial delegation agreed on Sunday with an offer by Iran on forming a joint committee for inquiry into the case of the US terrorist attack against motorcade of Commander of the Islamic Republic of Iran to assassinate Lieutenant-General Qasem Soleimani on January 3.

The Iranian side said that the Iranian government and nation have always stood by the Iraqis during tough times, including in the fight against terrorism.

Abbasi said that Iran has paid heavy human costs for supporting Baghdad government and the Iraqi nation, an example of which was the assassination of General Soleimani, the commander of Quds Force of Islamic Revolution’s Guards Corps, and Abu Mahdi al-Mohandes, the acting commander of the Iraqi Popular Mobilization Units (PMU).

He said that the assassination of General Soleimani by US drones in Baghdad while the Iranian general was officially visiting Iraq as a sovereign country constitutes an international crime in contravention of the UN Charter guaranteeing sovereignty of states.

Iran and Iraq would take the US terrorist attack against commanders of the two sovereign states to the International Court of Justice, the official said.

General Soleimani and Abu Mahdi al-Mohandes were killed at a US drone attack near Baghdad airport on January 3 along with eight other people.

The terrorist attack was carried out following a direct order by US President Donald Trump.