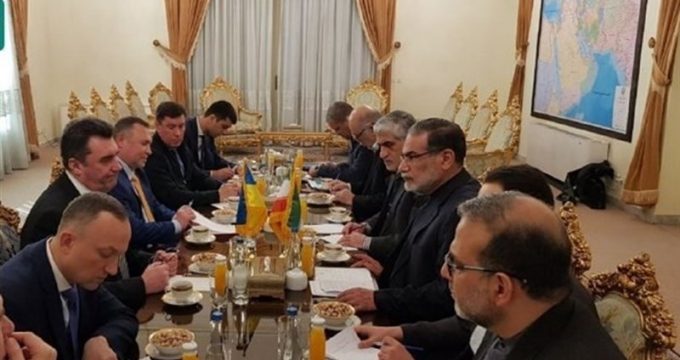 Tasnim – A high-ranking delegation from Ukraine attended a meeting with Secretary of Iran’s Supreme National Security Council (SNSC) Ali Shamkhani about various issues, including the crash of a Ukrainian jetliner near Tehran last month.

During the meeting in Tehran on Sunday, Shamkhani and the Ukrainian delegation, headed by Secretary of Ukraine’s National Security and Defense Council (NSDC) Oleksiy Danilov, exchanged views about a host of topics, including ways to boost bilateral relations.

The two sides also discussed the Ukraine airliner that was mistakenly shot down by the Islamic Revolution Guards Corps (IRGC) near Tehran in January.