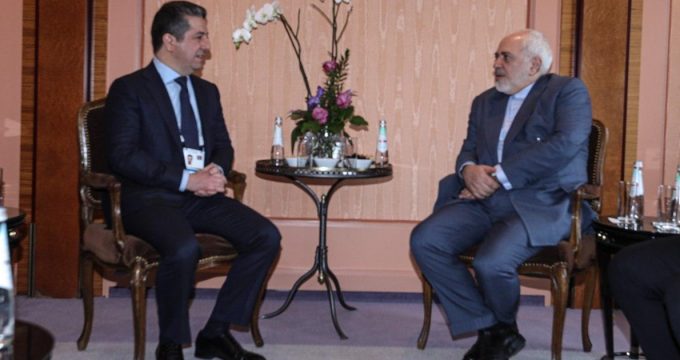 During the meeting which was held on the sidelines of Munich Security Conference, both sides discussed issues related to Iraq, Syria, regional security and fighting terrorism.

Meanwhile, in a meeting with his Slovenian counterpart Miro Cerar, Zarif reviewed ways to develop cooperation, developments of the Iran nuclear deal known as the Joint Comprehensive Plan of Action (JCPOA) and issues related to regional security.

Earlier, Special aide to the Iranian parliament speaker Hossein Amir Abdollahian said the US does not have constructive behavior in the region and Afghanistan, adding that the ISIS is dominating Afghanistan and the US is supporting them in political, security and military levels.

Iran has always supported any mechanism focusing on Afghanistan central government, by participation of all parties and the UN’s role for maintaining peace.

Referring to the importance of establishing peace in Afghanistan, he said formation of new government based on elections is a necessity for preserving stability and security in Afghanistan.

Attempts to remove government in Afghanistan, establishing weak governments, new map of disintegrating countries and taking advantage of terrorism as a tool are among dangers threatening peace and security, Iranian official said.