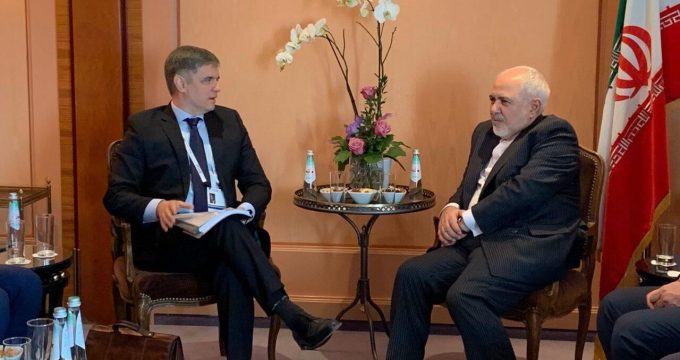 IRNA – Iranian Foreign Minister Mohammad Javad Zarif and his Ukrainian counterpart Vadym Prystaiko on Saturday reviewed issues related to the air disaster in Tehran which claimed the lives of all passengers on board the Ukrainian plane on January 3.

During the meeting which was held on the sidelines of the Munich Security Conference (MSC), both sides discussed continuation of cooperation on inquiry into the air disaster.

They also conferred on the efforts made to reduce the sufferings of the victims.

The 56th Munich Security Conference attended by leaders from 35 countries will work until Sunday.

Prior to opening of the conference on Friday, Zarif met his Canadian counterpart Francois-Philippe Champagne.

After the US escalation in the Middle East by terrorist attack against motorcade of Commander of the Islamic Republic of Iran to assassinate Iran’s Lieutenant-General Qasem Soeimani, Iran took reciprocal action and hit the US airbase in Iraq with missiles.

Iran’s military had been put on alert to counter any US adventurism. But unintentionally, a Ukrainian Boeing 737 was shot down near Tehran minutes after takeoff.

Iranian officials have admitted that human error was the cause of downing the passenger plane and expressed regret and apologized for the tragedy.