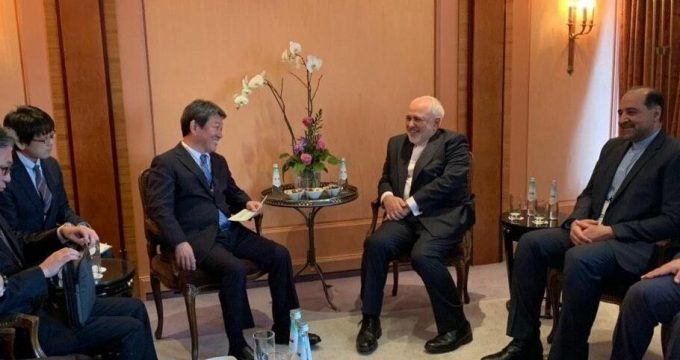 The meeting was held on the sidelines of the Munich Security Conference (MSC).

Meanwhile, Zarif held talks with Leader of the European People’s Party in the European Parliament Manfred Weber on Europeans’ commitments under the nuclear deal known as the Joint Comprehensive Plan of Action (JCPOA).

They also discussed Iran’s reduction of commitments under the nuclear deal and situation in West Asia.

The 56th Munich Security Conference attended by leaders from 35 countries and is to be continued until Sunday.

He also held talks with his Omani, Croatian, Chinese, Czech and Ukrainian counterparts.