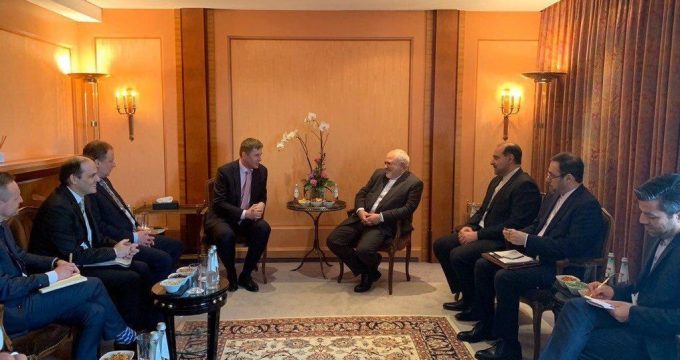 Bilateral relations, nuclear deal, officially known as Joint Comprehensive Plan of Action (JCPOA), as well as the situation in Persian Gulf and West Asia were among the other topics dealt with by the two foreign ministers.

Zarif who is currently in Germany to attend Munich Security Conference held meetings with the other countries’ officials.

The 56th Munich Security Conference attended by leaders from 35 countries will continue until Sunday.