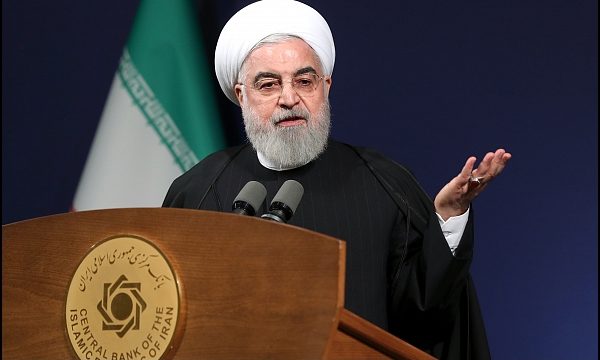 Al-Monitor – The Iranian government dismissed the latest in a series of reports that President Hassan Rouhani is resigning from his post. Government spokesman and presidential aide Ali Rabiee dismissed the “rumors” in an interview with reporters after a cabinet meeting in Tehran Feb. 12. “As I have written before, Rouhani will stay with the nation to the end of his tenure,” Rabiee declared, adding that he denies “in advance” any other such reports that may surface in the future.

The resignation report has been circulating this week across Iran’s hard-line media with no clear origin. But pro-Rouhani outlets blamed Alireza Zakani, a conservative former lawmaker with close links to the Islamic Revolutionary Guard Corps (IRGC). “The government is seeking to negotiate with [US President Donald] Trump … And if they fail to do so, the president will step down,” Zakani told a meeting of conservatives in Tehran last week. Zakani said his account came from a “Rouhani government official working with the parliament.” But Rouhani’s deputy for parliamentary affairs Hossein-Ali Amiri dismissed the claim as “baseless” and challenged the ex-lawmaker to name the official.

The wish for Rouhani’s resignation, nevertheless, has not been exclusive to hard-liners. In the fallout of the deadly November protests against the government’s controversial fuel price hikes, senior Reformist figure Abbas Abdi proposed that the president step down for a snap presidential election to restore stability to the country. Abdi claimed that even some ministers within the Rouhani cabinet had advised the president to do so because they believed that “nothing could be done” to resolve the crisis.