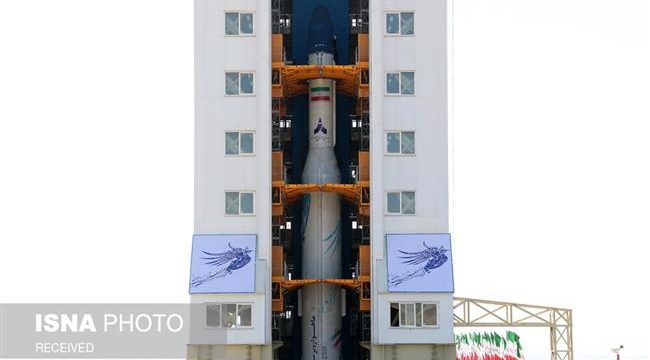 Iran plans to launch Zafar-2 satellite in May or June: Minister

Press TV – Iran says it is planning to put its domestically-built Zafar-2 (Triumph-2) satellite into orbit using a Simorgh (Phoenix) satellite carrier in May or June.

Speaking to reporters on the sidelines of a cabinet meeting on Wednesday, Iran’s Minister of Communications and Information Technology Mohammad Javad Azari Jahromi said Zafar-2 satellite is more advanced than Zafar-1, which fell short of reaching the designated orbit when it was launched on Sunday. He added that the satellite will be launched in the next Persian calendar year in the month of Khordad (May 21-June 20).

“The design, construction and test of Zafar-2 satellite have been carried out and it has the same capabilities like Zafar-1, but its camera has a higher resolution than that of Zafar-1 and has an accuracy of 16 meters,” ISNA quoted him as saying.

Asked about the reason for the launch failure, Jahromi blamed the last 12 seconds for the incident.

He noted that Zafar-1 could have been definitely put into orbit if the engine continued to operate for 12 more seconds, adding that the launch was 95 percent successful.

The remarks came three days Iran launched its Zafar satellite, but the missile fell short of reaching the designated orbit.

Fars News Agency, quoting the Public Relations Department of Iran’s Defense Ministry on Sunday, cited Ahmad Hosseini as saying, “Simorgh satellite carrier took Zafar satellite into space with success, but the carrier failed to reach the speed needed to get the satellite into the designated orbit.”

He added that the data from the launch will be used to optimize future launch attempts.

Jahromi also rejected as false reports about Israel’s possible involvement in the satellite failure after Prime Minister Benjamin Netanyahu hinted at the regime’s hand in the incident when he commented on the issue.

Speaking at an event on Sunday, Netanyahu, said, “We were notified today that Iran failed in launching a satellite. Alright. I’ll tell you what else they’re failing at: in transferring weapons to Syria and Lebanon, because we are operating there all the time, including at this time.”

Israeli media interpreted the vague remarks as alluding to Israel’s possible hand in the incident, which was rejected by the Iranian minister.

“He (Netanyahu) can talk about his dreams and falsify [facts] … He did not explicitly said that he had been involved in the incident and he was merely playing with words to suggest it … The satellite, its sensors and … Simorgh satellite carrier have recorded the data and it is clear where the problem lies and there is no link between this issue and foreign intelligence services,” he stressed.

Iran has made major achievements in space technology and satellite construction over the past years.

Iran considers its space program a matter of national pride, and has said its space vehicle launches are for scientific purposes.