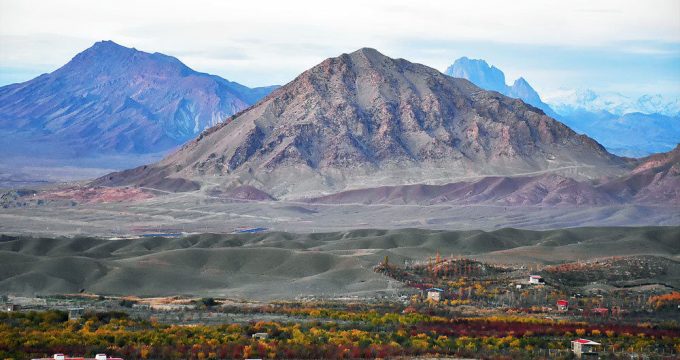 IRNA – The foreign tourist arrival in Aras Free Zone has increased 74 percent since the beginning of the current Iranian year (started March 21, 2019) compared to the same period last year according to Iranian Calendar), increasing by 74 percent compared to last year, reaching the a figure of 530,000.

Aras Free zone is a neighbor to the Nakhichevan autonomous region and Armenia, 137 km from the city of Tabriz.

The city of Jolfa as the center of this industrial-trade zone has a record of a hundred years in the field of trade and customs activities and is the joint border between Iran and Nakhichevan and is the busiest passenger border in Iran after Tehran airports.
Aras Trade-Industrial Free Zone connects Iran to the Caucasus, Russia and East Europe economic zones.

Yousef Dadashzadeh, deputy for tourism at the Aras Free Trade Zone Organization told IRNA on Monday that the number of domestic passengers and tourists entering the area also increased by 29%, reached to more than 10 million in the same period last year.

Aras Free Zone is an environment ready for the bilateral and multilateral economic cooperation between Iran and Russia and the countries of the South Caucasus. Aras Free Zone with an area of 51,000 hectares of land, relying on its fully prepared investment infrastructure (facilities including water, electricity, gas, and the development of connecting roads), as one of the Turkish investors said while visiting this Zone, is like a prepared cake that any country is willing to win a significant share of it.

In addition to the readiness of infrastructure, this important economic region of Iran has a master development plan for the fields of industry, agriculture, trade, transit and tourism, and it can be said that the industry possesses the backbone of the formation of this region with a share of 59 percent of investment in four industrial phases: heavy, high-tech, and light industries and processing agricultural products from more than eight countries in the region and the world.

Along with the industrial sector, the agriculture in the region having several thousand acres of garden field which are completely mechanized in Gordian, Golfaraj, downstream lands of Khodafarin Dam and the greenhouse phase of several hundred hectares, has the second largest share in the economic structure of Aras Free Trade and Economic Zone.