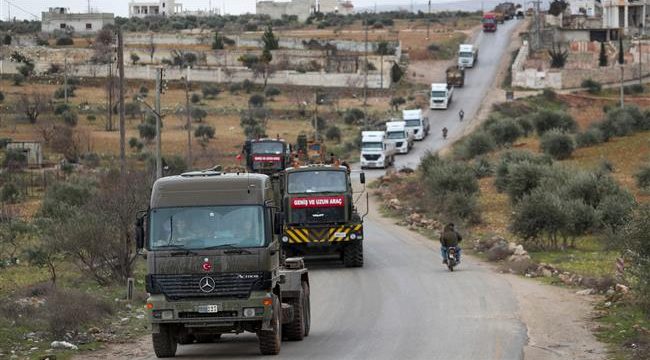 Turkey reinforces troops in Syria’s Idlib amid talks with Russia

Press TV – Turkey has further reinforced its troops in Syria’s Idlib province, ratcheting up fears of a large-scale confrontation with Syrian government forces, as officials from Turkey and Russia met in Ankara to discuss the fighting.

The UK-based Syrian Observatory for Human Rights said on Saturday that 430 Turkish military vehicles had crossed into Idlib in the last 24 hours.

The fresh Turkish deployment came as Turkish and Russian officials, whose countries support opposing sides in Syria’s nearly nine-year war, met in Ankara to discuss the fighting in the last major enclave of militants.

“The situation in Idlib was discussed,” Turkey’s foreign ministry said after the talks.

“Steps that could be taken to establish peace on the ground as soon as possible and advance the political process were evaluated,” it said.

Despite the build-up of Turkish troops, the Syrian army forces have pressed their advances, surrounding several observation posts that Ankara set up around a “de-escalation zone” agreed with Moscow and Tehran in 2017.

Syrian army soldiers and their allies managed to assert control over two villages in the eastern countryside of Idlib province.

The report added that Syrian government troops inflicted heavy losses on the militants’ lines of defense and forced them to retreat from their positions in the region.