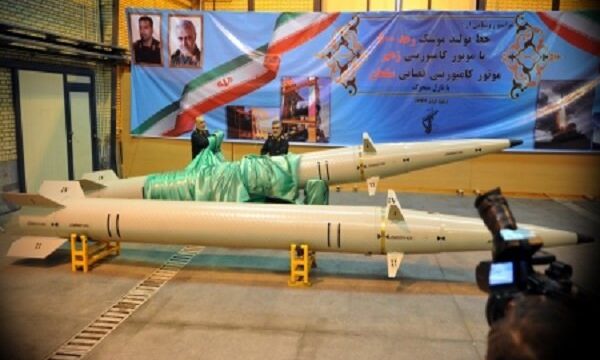 The new achievements were unveiled in Tehran on Sunday, in a ceremony attended by IRGC Commander Major General Hossein Salami and Commander of the IRGC Aerospace Force Brigadier General Amir Ali Hajizadeh.

Zohair is made up of carbon fiber composites, which enable the engine’s shield to withstand pressures up to 100 bars and temperatures as high as 3,000 degrees Celsius and also reduce the total weight of the missile dramatically.

With the new composite materials, the weight of Ra’ad-500 has been reduced by half in comparison with the Fateh-110 missile that has a metal body, but its range has been extended by 200 kilometers.

IRGC Aerospace Force also unveiled another missile engine with a composite engine shield and the moving nozzle. The new technologies allow the use of solid propellant engines outside the atmosphere.

Achieving such technologies have paved the way for Iran to build light satellite carriers with solid propellant, manufacture surface-to-surface missiles with a small radar cross-sectional area, enhance the maneuverability of missiles to defeat missile defense systems, and reduce the costs and complexity of production of missiles.