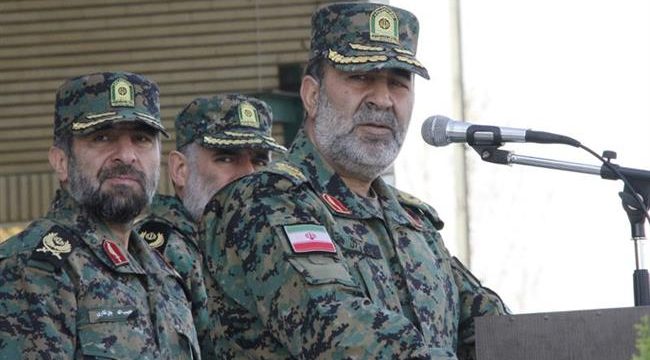 FNA – Commander of the Special Unit of Iran’s Law Enforcement Police Brigadier General Hassan Karami said that his forces are not allowed to use firearms against protestors during unrests.

“The Special Unit does not use military weapons (live bullets) on the scenes,” General Karami told FNA on Sunday.

“Our most important weapon is water cannon,” he stressed.

General Karami, meantime, explained that his forces deploy tear gas and fire plastic bullets, which are not deadly, in special cases, noting that in some cases the Police Special Units have been wounded or even killed by the rioters because they avoided excessive force and violence against protestors.

General Karami had announced in November that one of his forces had been martyred and two others wounded by armed rioters in the Southern province of Khuzestan.

“A number of armed outlaws have opened fire at citizens and police forces during riots in the town of Mahshahr in Khuzestan province on Monday,” General Karami said.

He added that Captain Reza Sayyadi who had been present on the scene had been martyred in armed clashes with the rioters and two other officers had also been injured whose conditions were stable.

Riots by a small number who had taken advantage of legitimate public protests against the government’s gas price hike plan in Iran in November were directed at sowing chaos through targeted attacks on public and private properties, forcing law enforcement to step in to stop saboteurs.