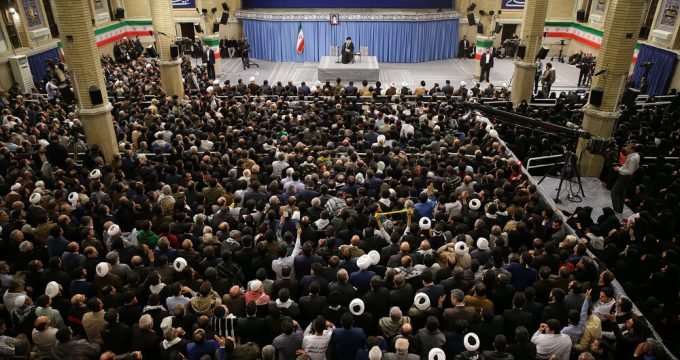 Press TV | Yuram Abdullah Weiler: Predicting the imminent downfall of the Islamic Republic has been a staple among American pundits since the victory of the Islamic Revolution in Iran 41 years ago.  Amazingly, despite incessant attempts at regime change by the US and its cohorts, Iran has survived and, in some ways, managed to flourish. Yet very few in the West have acknowledged the Islamic Republic’s longevity and fewer still have studied the factors behind this country’s remarkable robustness.

Collapse closer than ever before?

As recently as January 13, one pundit asserted that Iran was closer “than ever before” to the long sought after holy grail of the US, namely collapse of the legitimate, internationally recognized Iranian government.  Former Obama administration national security advisor General James Jones stated that since “Iran has had a very bad couple of weeks,” he conjectured that “possible collapse of a regime has to be something that people think about.”  Even the former shah’s son, who has lived in exile near Washington, DC for four decades, has been salivating over a possible restoration of his throne lately.  “We are in a mode of a final implosion,” said Reza Pahlavi before an audience at the right-leaning Hudson Institute on January 15, 2020.

The Washington regime has had its gunsights on Iran ever since Iranians rose up and overthrew the US-imposed dictator in February 1979.  Facing economic strangulation due to ever-increasing US sanctions, Iran has managed to develop a largely self-sufficient economy, and while certain items are lacking, by and large results have been impressive.  The sanctions are strong evidence of the stupidity of Washington’s policymakers.  After all, how many years have Cuba, North Korea, Venezuela and Iran been under these coercive economic measures without achieving the desired overthrow of the ancien regime?

There seems to be an insidious defective gene plaguing the DNA of the American people, which compels them to believe that, given the opportunity, most citizens of other nations would prefer to be just like Americans, replete with identical economic and political systems as well as the lax societal norms for which the US is notorious.  The resulting congenital idiocy caused by this anomalous gene would be farcical were it not for the pathological US behavior that imposes sanguinary revenge against all who would dare decline the invitation to be “Amerimorphized.” As Walter Hixon, distinguished professor of history at the University of Akron, points out, “Identity-driven US foreign policy was violently reactionary and continuous rather than forward-looking and idealistic.”

A paradigm of synthesis and inclusion

The name itself of the Islamic Republic of Iran suggests a synthesis of Islamic religious tradition and Enlightenment modernity.  Iran’s unique dual-track system of government consisting of a democratic polity complete with a popularly-elected parliament, and religious scholars providing moral oversight parallels the material and spiritual aspects of the human being itself. This notion of synthesis or a symbiotic relationship between government and religion, which stands in stark contrast to Western notions of separation of church and state, dates back to ancient Iranian history during the Sassanid dynasty.  The Sassanid ruler Ardashir I is credited with having said to his son, “Know that kingship and religion are twin brothers; there is no strength for one of them except through its companion because religion is the foundation of kingship, and kingship is the protector of religion.”

Without the moral oversight of religious scholars, the democratic system, as has been observed in the US, tends to develop an irreversible instability, which favors the desires of the haves over the have nots.  The resulting concentration of wealth among an elite few leads to a political system in which only the campaigns of those politicians who will do the bidding of the rich are funded.  This tendency is reflected in a two-party system, which in truth are two factions of a single party designed to serve the interests of the upper class. This should be no surprise, particularly since the US Supreme Court has struck down laws limiting dollar amounts of campaign contributions, while permitting wealthy donors to hide from public scrutiny.

As opposed to the elections in the Islamic Republic, elections in the US result in what researchers Alexander Siegenfeld and Yaneer Bar-Yam call “negative representation,” where a change in electorate opinion in one direction results in an election outcome in the opposite direction.  This process, which dates back to around 1970, results in what is called electoral instability, where an arbitrarily small change in voter opinion can result in a huge change in electoral outcome. “What happened in 1970 is a phase transition like the boiling of water. Elections went from stable to unstable,” explained Bar-Yam, professor and president of New England Complex Systems Institute.   In short, the ever-increasing polarization of the American electorate has driven the US to become an unstable regime, and with the impeachment imbroglio and probable exoneration, the end of the American Republic may be at hand.

Unlike the racial basis for identity dominant in European nations and America, Iran has developed a national identity based on shared history and language. History and myth, of course, often intertwine, but the universal inclusivity found in Ferdowsi’s Shahnameh is quite unlike the sharp racial lines extant in America’s white-protestant dominated culture.  As to the vitality of Iran, Ali Ansari observes that Iran “enjoys universalist pretensions that are more than a match for anything the Christian or liberal West has been able to produce.”

A question of import

Why, then, is it that the Iranian paradigm of Islamic revolution has not been successfully imported to other Muslim-majority countries?  Egypt, for example has many similarities with Iran; it is a Muslim-majority country with a long history of civilizational continuity with a rich cultural heritage and has enjoyed a vibrant Islamic movement.  Egypt has had a series of secular authoritarian rulers empowered by Western nations as did Iran with the Pahlavi shah.  Egypt was the birthplace of the Muslim Brotherhood, founded by Hasan al-Banna in the late 1920s  while Iran has had various Islamic movements dating back to the Tobacco rebellion of 1890-91.

Forty-one years of endurance demonstrates that the revolutionary paradigm of the Islamic Republic is a robust sociopolitical construct worthy of emulation.  The US and its allies are fully aware of this fact and that is why the Washington regime has striven ceaselessly to contain the Islamic reawakening wherever and whenever it might arise. Therefore, any opportunity for an Islamic revolution to be successful is immediately suppressed by the US in conjunction with its partners in the Middle East.  The 8-year-long Iran-Iraq war was part of the ongoing US effort to contain the Islamic revolution to within Iran.

There is also the role of anti-Shia propaganda that has been spread by certain state actors in a vulgar attempt at containing the Islamic revolution within Iran. For example, former Egyptian dictator Hosni Mubarak was reported to have claimed that Shia Muslims gave their primary loyalty to Iran.  On April 8, 2006 Mubarak, in an interview on Al-Arabiya television stated, “Shias are mostly always loyal to Iran and not the countries where they live.”

The Islamic Republic of Iran has managed to withstand the 41-year-long siege of the United States as a result of the robust, dual-state Islamic system instituted by the founder, Ayatollah Ruhollah Musavi Khomeini.   The Islamic paradigm has been flexible enough to adapt to the changing regional political climate, while maintaining adequate rigidity to remain faithful to the values of the Islamic Revolution.  “The Islamic Republic of Iran has so far proved sufficiently resilient and adaptable enough to weather its internal and external challenges in the past,” writes Professor Amin Saikal of the Australian National University, “and this may well remain the case for the foreseeable future.”

Islamic republic of Iran, Islamic Revolution anniversary, US policy toward Iran February 8, 2020
Next Syria summit in Astana format may take place in March – Ankara
Iraq will be turned into new Vietnam for US troops if they don’t leave: senior journalist