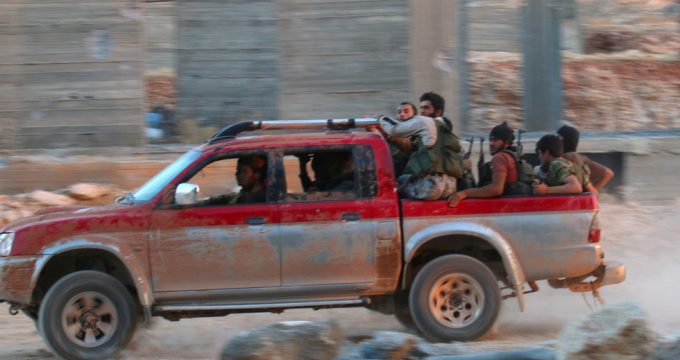 RT – Terrorists took over the Idlib de-escalation zone and carried out thousands of attacks in the last two months, Russia’s Foreign Ministry said in a statement, adding that the West is portraying them as “moderate opposition.”

Idlib governorate, the last stronghold of anti-government forces in Syria, saw a surge of violence by radical jihadists who have no desire for a peaceful resolution to the almost nine-year-long conflict, the Russian Foreign Ministry said on Thursday. Most of the attacks are carried out by Hayat Tahrir al-Sham, the latest iteration of al-Qaeda in Syria.

The area was proclaimed a de-escalation zone under the Russia-Turkey agreements. In mid-January, Russian and Turkish forces tried to impose a ‘regime of silence’ there, but the attacks only escalated.

In December 2019 there were over 1,400 terrorist attacks staged from Idlib, with some operations seeing the use of armor and even tanks. The scale of violence remains high, with over 1,000 attacks recorded in the last two weeks of January. Hundreds of Syrian civilians and government troops have been killed, as well as “Russian and Turkish military specialists.”

“The relocation of some armed groups out of the de-escalation zone to northeastern Syria and later to Libya has boosted the concentration of radical extremists over the boiling point,” the ministry said.

This situation was recently discussed during an interview with Russian Foreign Minister Sergey Lavrov. He explained that Turkey needed to separate the armed opposition it is working with from the Hayat Tahrir al-Sham terrorists, saying that it has failed to do so.

Under the Russia-Turkey agreements, Turkey is supposed to use its influence among anti-government groups to help deescalate the conflict. Russia uses its sway in Damascus to prevent a major military offensive against Idlib. Amid continued terrorist attacks, Damascus forces have been leading small-scale offensive operations.

Tensions in the region escalated this week after a Turkish military convoy came under fire from Syrian army artillery, killing several Turkish troops and triggering retaliation. It happened as Ankara moved its troops into Syria without prior notice.

President Tayyip Erdogan demanded on Wednesday that Damascus withdraw its forces from Turkish observation posts by the end of February, threatening to remove them by force otherwise.

Moscow stressed that the jihadists, who hold hostage residents of the areas they control in Idlib, remain a legitimate target for military action, especially considering that the governorate is under Syrian sovereignty.

There must be no difference of opinion about it. This is Syrian national territory, and the national government has the right and a duty to fight against the militants.

The document also condemned attempts by the West, especially the US, to portray the terrorists as “moderate opposition”, stressing that there cannot be any truce with them.

Earlier this week, following the Turkish-Syrian clash, US Secretary of State Mike Pompeo criticized the “ruthless actions” of the Assad regime and Russia (as well as Iran and Hezbollah) for “preventing the establishment of a ceasefire.”