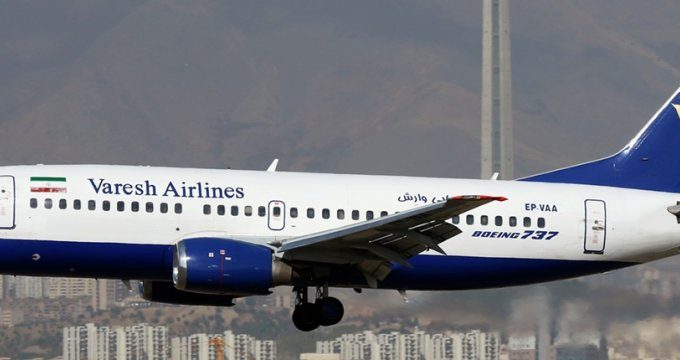 Financial Tribune – A flight route from Iranian capital Tehran to Tajikistan’s capital Dushanbe and then to Kyrgyzstan’s capital Bishkek was launched on Monday by Iran’s Varesh Airline, Iran’s Embassy in Tajikistan has announced.

As planned, the flight will leave Imam Khomeini International Airport in Tehran to Dushanbe and then to Bishkek at 4 a.m. local time on Mondays every week.

The flights between the two cities are operated on Tuesdays and Fridays by a Boeing 767 airplane of Tajik Air.

Earlier, Tajik Air and Iran’s Aseman airlines used to operate flights between Mashhad and Dushanbe. The flights stopped operating since 2018. As such, those intending to travel between Iran and Tajikistan had to use airports of third countries, which caused higher costs and longer travel time.

Mashhad’s Shahid Hasheminejad Airport is Iran’s second busiest airport after Tehran’s Mehrabad International Airport. Some 180 flights operate in the airport every day on average, which tend to increase to 250 flights in the peak season.