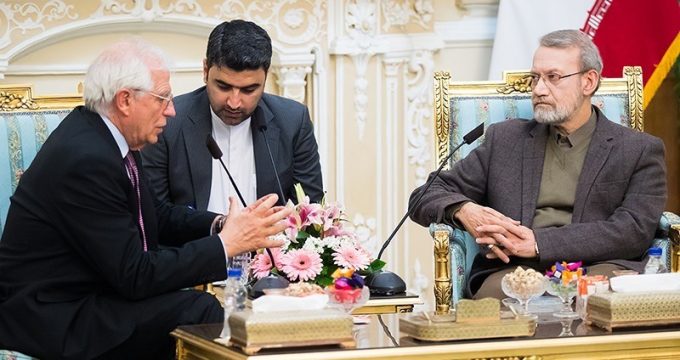 In the meeting in Tehran late on Monday, Larijani and Borrell held talks about ways to protect the 2015 nuclear deal, known as the Joint Comprehensive Plan of Action (JCPOA).

Larijani criticized the EU’s weak stance on Washington’s unilateral moves against international agreements, including the JCPOA.

The two officials also discussed other global issues, including the latest developments in the region and the fight against terrorism and illicit drugs.

The new EU foreign policy chief has visited Tehran for the first time after taking office.

In May 2018, US President Donald Trump pulled his country out of the 2015 nuclear deal.

Iran and the remaining parties launched talks to save the JCPOA after the US withdrawal, but the three EU parties to the deal – France, Britain and Germany – have failed to ensure Iran’s economic interests.