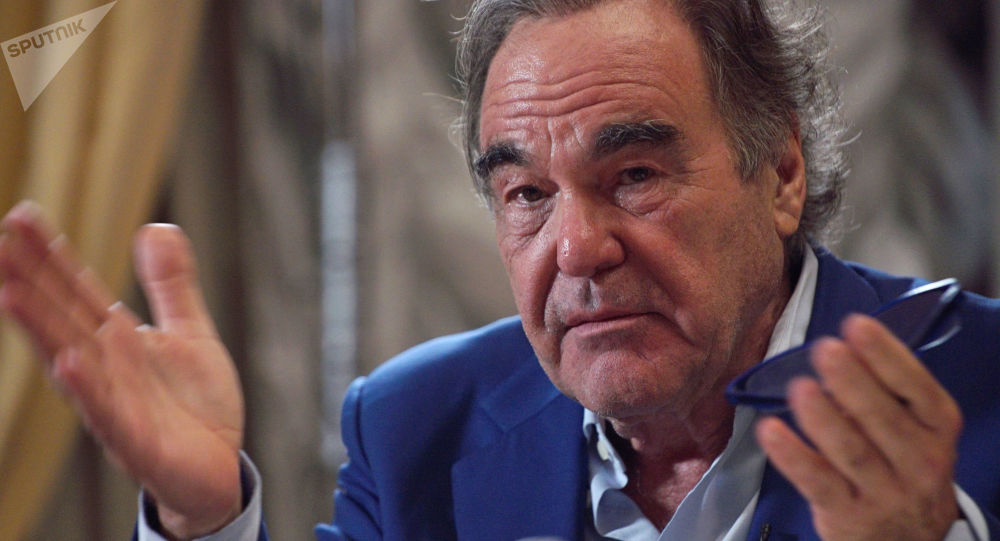 Sputnik – Oliver Stone’s films have won 12 Academy Awards including two for Best Director, as well as a bunch of Golden Globes and BAFTAs. His new focus is documentaries – on Venezuela, Ukraine, and Edward Snowden – all reflecting on the dubious activities of the US government both at home and abroad.

Oliver Stone, the award-winning American director and a relentless critic of US administrations, has called his country an “evil empire”.

The term was coined by President Ronald Reagan in 1983 when he was referring to the Soviet Union and its arms race with the United States.

Things have changed a lot since then, at least for Stone. “Empires fall. Let’s pray that this empire, these evil things… because we are the evil empire,” he said in an interview to RT. “What Reagan said about Russia is true about us.”

Stone – best known for his films Platoon and Wall Street – has long criticised US foreign policy, particularly its involvement in armed conflicts in the Middle East.

In the interview, he accused Hollywood producers of subjecting him to “economic censorship” after he diverted from the mainstream pro-war narrative.

He lamented: “Hollywood has changed since 2001. It has become more censored. The military, the CIA, the depictions of these organizations has been very favorable.”

“You can take the budgets down… let’s say you want to make a film criticising the American military, taking an Iraq war story or a horror story that recently happened in Iran,” he said. “You do those kinds of stories, it’s not going to happen.”

On warmongering in US politics

He went on to call out neoconservative US hawks supporting overseas military campaigns: “They are warmongers, in the old-fashioned way of thinking.”

“There is no party in the United States, there is no democratic voice except third parties that are small, that would say ‘Why are we fighting wars?’” he continued.

“I don’t hear it from any of the major candidates, except one or two on the Democratic side, but they don’t have a chance of winning.”

“In other words, Hillary Clinton … and Joe Biden are just as pro-war as any Republican Dick Cheney. They just do it in a different way. Maybe it shows you how locked up America is, how so far to the right America has gone that Hillary Clinton is recognised as a Democrat. I can’t believe it.”

“There’s no real left in America in power. It’s all right-wings fighting with right-wings. As [Russian President Vladimir] Putin said in the interviews I did with him, ‘It doesn’t make a difference who is President of the United States.’”