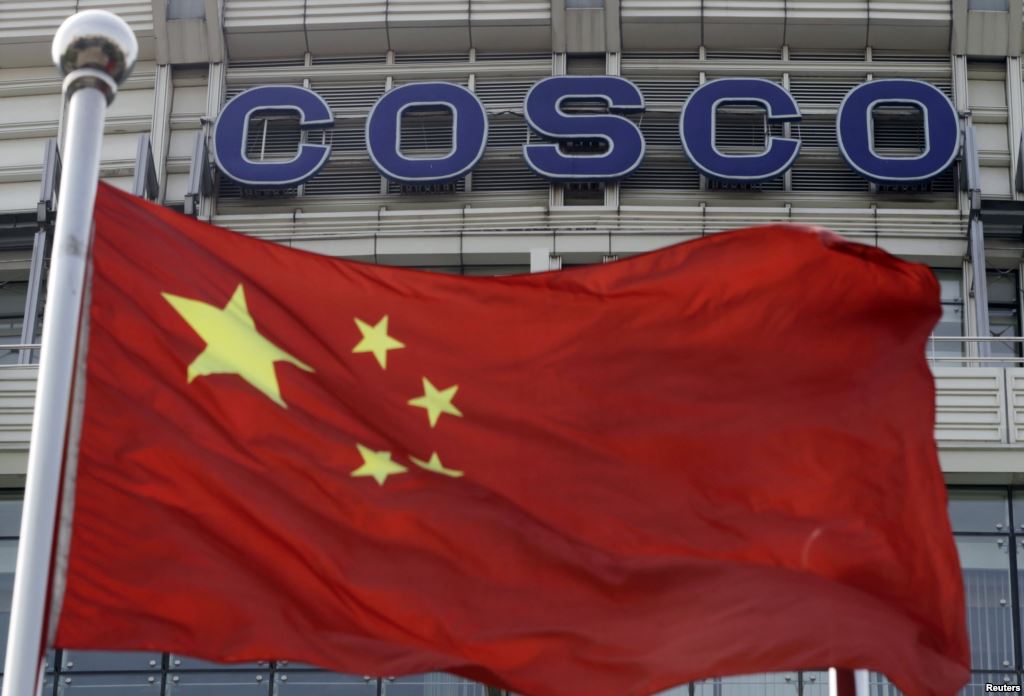 Reuters – The United States on Friday lifted sanctions on one of two units of the Chinese tanker company COSCO, the U.S. Treasury said, partially reversing its punishment on the company for transporting Iranian oil after China complained about the measure in trade talks with Washington.

A U.S. official said lifting sanctions on only one of the COSCO subsidiaries would allow the Trump administration to retain leverage on China and COSCO to stop taking Iranian oil.

A top Chinese official had raised the COSCO issue in the U.S. trade talks, said one source who spoke on condition of anonymity and is familiar with the Chinese government’s position. The trade talks earlier this month resulted in a “Phase One” deal, defusing an 18-month trade war that hurt global growth.

Daniel Pilarkski, a sanctions expert and partner at Watson Farley & Williams law firm, said the delisting would likely work as a chit for Washington as trade talks move to the next phase.

“Working in the backdrop of all of this are the U.S. trade discussions with China that seems to be going better now with the deal, there’s been a little bit of a thawing on that front.”

The delisting was also the administration’s latest effort to soften the impact of the Sept. 25 sanctions, which sent shock waves through shipping markets.

The Dalian COSCO units have only about 40 tankers, but Washington’s sanctions last year led to confusion about whether they applied to the parent company’s fleet of more than 1,000 ships.

The Treasury Department had twice issued waivers to allow companies to wind down dealings with the COSCO units. The latest was set to expire on Feb. 4, but shipping markets remained unnerved.

“The goal of the administration is to balance sending a message to the marketplace” that it wants to drive down Iran oil exports “without devastating world trade,” Pilarski said.

Trump had given Secretary of State Mike Pompeo new powers on sanctions relating to Iranian oil in a 2018 executive order.

Analysts said political appointees at the State Department drove the COSCO sanctions, which came just 11 days after drone attacks on the heart of Saudi Arabia’s oil production that Washington blamed on Iran.

State Department officials pushed Trump’s maximum pressure policy and left it up to the Treasury Department’s Office of Foreign Asset Control to adjust the impact on markets, they said.

China is the world’s only major importer of Iranian oil despite sanctions Trump unilaterally reimposed on Tehran’s petroleum exports in 2018 after withdrawing the United States from the 2015 Iran nuclear deal between Tehran and six world powers.

Trump hopes the sanctions will also limit Tehran’s ballistic missile program and influence across the Middle East. Tehran says its nuclear program is for peaceful purposes.

Most of the oil likely went into Chinese government stockpiles, according to Refinitiv Research.

The potential return of some of COSCO Dalian’s fleet of supertankers will likely cause shipping rates for oil tankers to continue to fall, adding pressure to a market showing signs of weakening demand, a U.S.-based shipping source said.