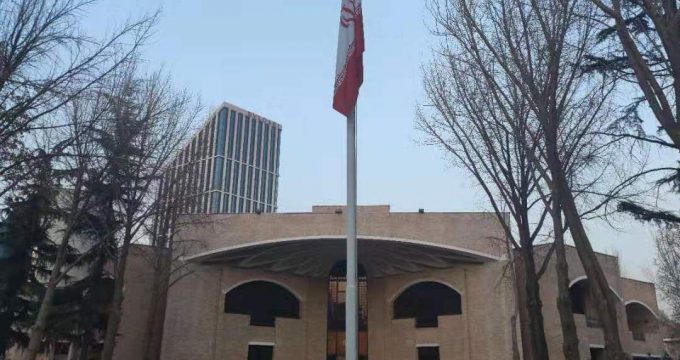 IRNA – Iranian diplomatic mission in China in a statement elaborated on the measures taken by the embassy with regard to Coronavirus, saying no Iranian resident has been affected.

According to the statement, 80 Iranians are now in Wuhan which is the center of virus release and the embassy is in contact with them.

It added that all issues related to Iranian nationals like request for exiting the place and health supports are under investigation.

Due to high risk of Coronavirus communication, group transfer of foreign nationals is not suggested by Wuhan local officials and the World Health Organization.

In order to fight Coronavirus, Chinese New Year holiday has been extended, embassy said urging those who want to travel to china to postpone their visit.

Due to that fact that most of the universities in China will start new semester with delay, those students who are in Iran do not need to hurry to return to China.

Earlier, the National Health Commission of the People’s Republic of China announced that the number of Coronavirus victims has mounted to 132 and some 6,000 more have been affected.

Based on the reports, 91 people are affected in Beijing, one of them died and 4 others were cured.

The National Health Commission of the People’s Republic of China has allocated 60 billion Yuan ($8.7b) for fighting Coronavirus.

The coronavirus was first seen in late December 2019 in Wuhan, central China. It has so far killed 41 and affected 729 while there are 1,287 suspected cases.

Meanwhile earlier, Iran’s Health Minister Saeed Namaki said no case of Coronavirus has so far been observed in Iran, saying that visas for Chinese citizens will be issued if they have a clean health card.

Namaki said that SARS coronavirus had a considerable mortal rate in 2002, adding that it became viral in 2012 under the name of the Middle East respiratory syndrome-related coronavirus (MERS-CoV).

He said that the Iranian Foreign Ministry has released necessary recommendations to Iranian nationals in China.