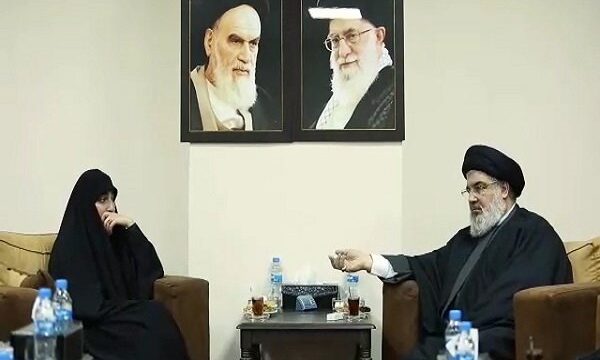 US terrorist forces assassinated IRGC Quds Force commander Soleimani along with deputy PMU Abu Mahdi al-Muhandis in an air raid on Jan. 3. Iran called it an act of ‘state terrorism’ and vowed to take ‘harsh revenge’ which came five days later when Iranian missiles hit US’ Ain al-Assad military base in Iraq. Tehran said the response was the first slap, noting that the ultimate revenge is to oust American forces from the region.

Hezbollah, along with other forces of Resistance Axis, also highlighted that they will take Soleimani’s revenge.

Zeinab Soleimani told Almanar following the martyrdom of his father that ‘dirty’ US President Donald Trump must know his crime will never wipe out the memories of her father.

“You could not be match rival to my father, so you targeted him with missiles. Had you been so, you would have confronted him face-to-face,” she said, adding, “The martyrdom of my father will never break us, and we will seek revenge till the end.”