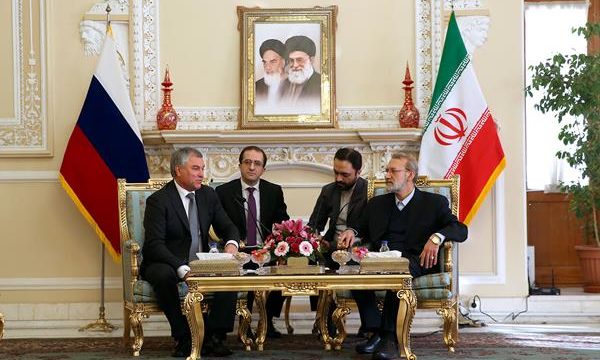 In a meeting with Chairman of State Duma Viacheslav Volodin, he expressed pleasure over Russian parliamentary delegation’s visit to Iran and stressed the need for promoting bilateral ties.

Referring to Iran and Russia joint strategy in the region, he said that it is a successful model for sustainable security.

“Boosting parliamentary relations in line with mutual interests is of high significance for us,” Larijani said.

Volodin, for his part, expressed condolences to the Iranian nation over martyrdom of Lieutenant General Soleimani and described the incident as a big catastrophe.

Iran and Russia insist on the need for supporting peace and commitment towards international agreements, but certain countries behave irrespective of the principle of noninterference in the affairs of independent countries and against all international regulations, he said.

Double standard policy emerged in the world and that a country seek to control the world in line with its interests is not acceptable at all, Volodin said.