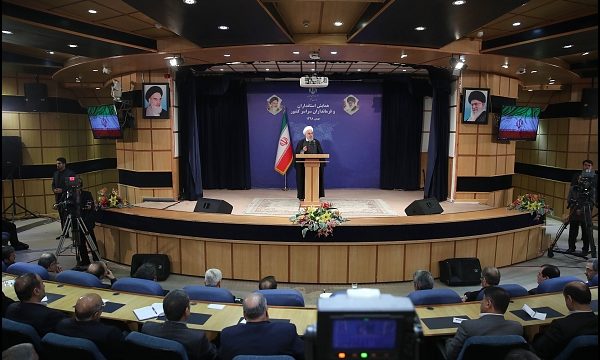 US seeking to create gap between establishment, people: Rouhani

MNA – Iranian President Hassan Rouhani pointed to the importance of preserving the national unity in the face of enemies’ plots.

Speaking a gathering of governors in Tehran, Rouhani said that US is trying to create a gap between the nation and the establishment.

“We should remain united,” he said, adding, “Don’t turn your back on elections. Even if we see defects in the election, we should not let our unity shattered on election’s day.”

The 11th Iranian parliamentary election is scheduled for February 21, 2020. The upcoming elections will be held in over 200 constituencies across the country’s 31 provinces. The Iranian parliament has 290 members who are elected by the people for four-year terms.

Principalists and reformists are the two main parties competing for the seats of the Parliament.