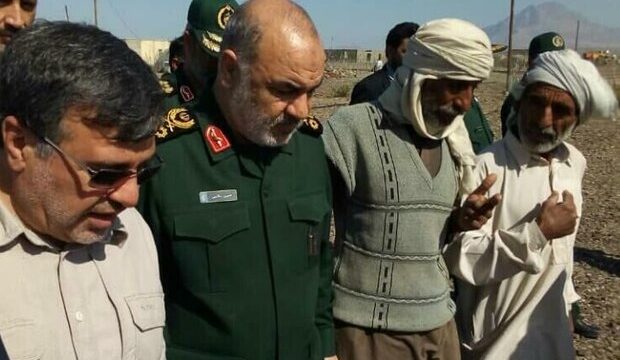 MNA – Chief Commander of Islamic Revolutionary Guards Corps Major General Salami visited the flood-hit areas in southern Iran on Sunday to inspect the relief and rescue services in those areas.

During the visit, Major General Salami stressed that the IRGC and Basij voluntary forces will reach out to help those who have been affected by the recent flood using all their potentials and power and facilities to reconstruct flood-hit villages.

The IRGC chief also stressed that the necessary measures should be taken as fast as possible so that some of these villages to be relocated to a new place.

Unprecedented rainfalls in the past week have caused heavy flooding in the Jask Port, southern Iranian province of Hormozgan.