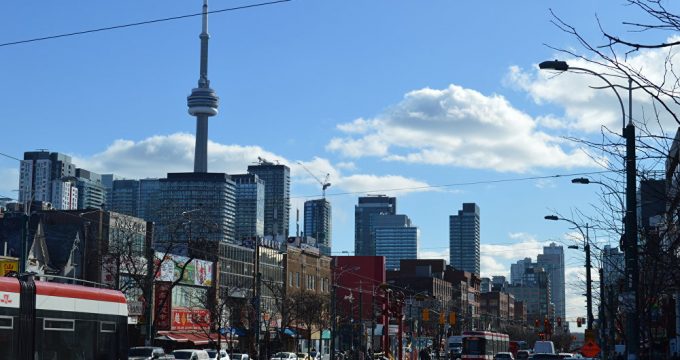 Sputnik – A coalition of Canadian protesters and activists gathered in front of the US Consulate in Toronto, demanding an end to US aggression and sanctions against Iran.

Saman Tabasinejad of Progress Toronto, a non-profit organization advocating for progressive values in Toronto, and one of the event organizers, said that while she is disappointed by US President Donald Trump’s foreign policy agenda, she is not surprised. She explained that once the nuclear deal with Iran was torn up, the writing was on the wall, adding that she was not fooled by the isolationist rhetoric Trump had used during the election campaign – vowing to end “senseless wars.”

Tabasinejad also said that US officials are exploiting ordinary Iranians’ legitimate concerns about their government to inspire regime change, hampering any progress in Iran on many fronts, including the investigation of the downed Ukrainian jet carrying dozens of Canadian nationals and permanent residents of Iranian descent.

Tabasinejad and other attendees were in agreement that, while Iranian officials bear direct responsibility for the air tragedy, without the increased geopolitical tension in the region, the disaster could have been avoided.

The attendees were also united in that Iranian sovereignty should be respected and that Iranians can inspire the type of change they desire in their own country without external interference.

The crowd of slightly more than 100, according to police estimates, comprised of Iranian-Canadian, union, climate, and social activists, as well as a Canadian Member of Parliament, paid tribute to those on board the ill-fated Ukrainian International Airlines flight and called on the United States to respect international law, end its policy of regime change around the world, and expressed their solidarity with Iraqi protesters demanding the withdrawal of US troops from the country.

The anti-war coalition first met in 2003 following the US incursion into Iraq. The group denounces all acts of war and aggression across the world, advocating that peace can be achieved only through dialogue and mutual understanding.