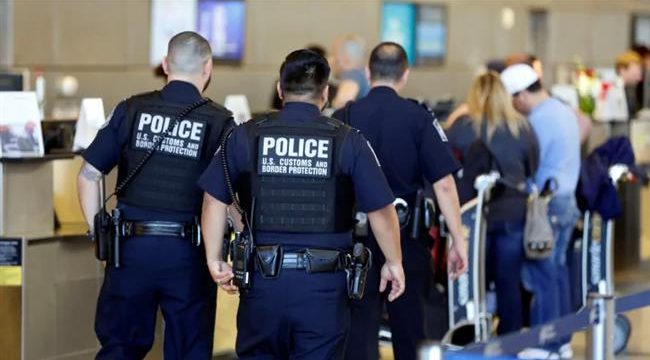 CNN – US border officers working at Canadian border crossings were directed to stop travelers of Iranian descent for questioning following the killing of Iranian Gen. Qasem Soleimani, an unnamed Customs and Border Protection officer alleged in an email to an immigration attorney.

Dozens of American citizens of Iranian descent were stopped at a port of entry in Blaine, Washington, in the days following the January 3 killing of Soleimani. Some were detained for hours and reported they were asked detailed questions about their country of birth.

Democratic Rep. Pramila Jayapal of Washington tweeted earlier this month that she was “deeply disturbed” by the reports.

At the time, CBP confirmed there were increased wait times “to an average of two hours on Saturday evening, although some travelers experienced wait times of up to four hours due to increased volume and reduced staff during the holiday season.”

But the agency categorically denied there was any directive to stop and question people of Iranian descent.

CBP press secretary Matt Leas said in a January 5 statement “social media posts that CBP is detaining Iranian-Americans and refusing their entry into the U.S. because of their country of origin are false. Reports that DHS/CBP has issued a related directive are also false.”

In a message sent to congressional staff the next day and obtained by CNN, CBP officials reiterated that there was no directive or memo “from DHS or CBP leadership with instructions to detain Iranian-Americans.”

An email sent to immigration attorney Leonard Saunders by a Washington state CBP officer tells a different story. The officer claimed that there was indeed such a directive which was only lifted, “as soon as it hit the national news.”

The officer did not provide a copy of the initial directive or the email that apparently lifted the directive on January 5.

The officer’s email was first reported by CNN news partner CBC and provided to CNN by Saunders, who did not reveal the officer’s name.

A former CBP officer told CNN the person who wrote the email worked with him at the agency and was told by current CBP officers that the individual is still an active officer at the Blaine border crossing.

Saunders, who does not represent the source, said the officer reached out to him, “probably because I was at the border when the Persian ’roundup’ happened and have been very vocal about my concerns.”

“I just know him as an experienced CBP officer,” the attorney said.

In the email to Saunders, the officer wrote, “I am worried that doing the right thing will get me in trouble” and detailed what he said happened that weekend on the US-Canada border at multiple ports of entry.

“This thing that happened was Seattle Field Office wide,” the officer wrote. “Multiple Americans of Persian birth were held and interrogated at length.”
The officer said he was involved in the questioning of Iranian-born travelers.

“We asked them standard counter terrorism inspection questions. Was there an Immigration reason for detaining them? No. Was there a Customs reason for detaining them? No. Was the sole reason we detained and questioned them due to their nation al origin? Yes. Was it the right thing to do? No. Where (sic) their constitutional rights violated? Probably.”

When asked about the officer’s claims, CBP spokesman Jason Givens told CNN the agency “stands behind the statements we have previously provided and has nothing further to add.”

Earlier this month, the National Iranian American Council filed a complaint with the Department of Homeland Security’s Office for Civil Rights and Civil Liberties after reports first surfaced about US citizens being held for additional questioning at the border.

The NIAC did not immediately return a CNN request for comment Thursday.

‘They held us for five hours’

Negah Hekmati said she and her family were stopped at a US-Canada border crossing in Washington state for hours.

“As soon as they realized that we were born in Iran, they led us to the office and they held us there for five hours. They asked many questions, many personal questions, like our Facebook accounts and like my parents’ full names and birth date,” Hekmati, a US citizen, told reporters in a news conference on January 6.
Darian Vaziri, a 21-year-old college student from Los Angeles, had been had been visiting Seattle when they decided to go to Vancouver for a quick visit. He said they were stopped on the way back into the US.

“They took us into a room,” Vaziri told CNN. “We noticed it was only minorities in there. As time went on, we realized it was only Iranians in there.”
At one point he said there were as many as 40 people held in the room, with no food or water available and only one bathroom.

Vaziri, who was born in the US, said he was not questioned after they said they were US-born American citizens. But his parents, both born in Iran, were questioned. His mother was apparently asked if she had any cult affiliation.

“That’s what she said. Was she connected to any Shia group. She just said she had no idea what they were talking about.” Shortly after midnight, Vaziri told CNN, “They literally just handed our passports back and said, ‘You’re free to go.'”

Darian Vaziri, Soleimani assassination, US border officers, US Customs and Border Protection (CBP), US policy toward Iran January 25, 2020
Spokesman dismisses talks between Zarif, Payne on Australian prisoner
Tehran condemns US ‘harassment’ of Iranians at its borders