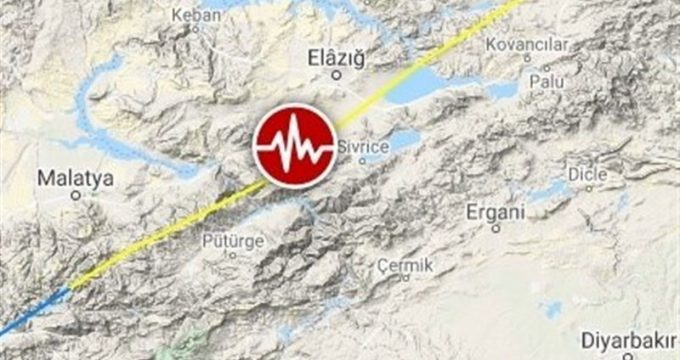 Iran ready to contribute to relief efforts in quake-hit Turkey

Tasnim – Following a powerful earthquake in eastern Turkey late on Friday that left at least 20 people dead, Iran’s emergency medical services (EMS) were put on alert so that if the Turkish side needed help it could dispatch relief and rescue teams to the quake-hit areas.

At the behest of Iran’s Health Minister Saeed Namaki, special teams of the EMS stayed on alert so that they can be sent to Turkey to contribute to relief efforts if need be.

Iran voiced its readiness to the Turkish health ministry through the Health Ministry’s General Directorate of International Cooperation.

The Turkish side, while thanking Iran for its quick response, has declared that the situation is under control.

The magnitude 6.8 quake shook Elazig province, about 550 km (340 miles) east of the capital Ankara, and was followed by dozens of aftershocks.

Sixteen people were killed in Elazig and four more in the neighboring province of Malatya, Turkey’s Disaster and Emergency Management Authority (AFAD) said early on Saturday. Some 920 injured were in hospitals in the region, it said.

Interior Minister Suleyman Soylu said emergency workers were searching for 30 people under the rubble, according to Reuters.

State broadcaster TRT showed footage of dozens of workers in the dawn light using shovels to dig out a partly collapsed building in Elazig. Windows were smashed and balconies from at least four stories had crashed to the ground.

Teams worked through the night with their hands, drills and mechanical diggers to remove bricks and plaster from the ruins in the city where the overnight temperature dipped to -8 degrees Celsius.