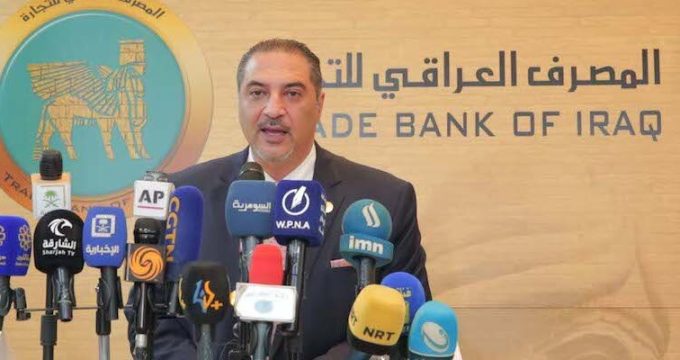 AFP – The bank through which Iraq pays for Iranian gas imports to power its grids said Tuesday it would stop processing payments if a crucial US sanctions exemption expires next month.

“We’ll stop. As simple as that,” the head of Trade Bank of Iraq (TBI) Faisal al-Haimus told AFP.

That could be devastating for Iraq’s crippled electricity sector, which has relied on Iran for about a third of its supply, and comes at a time of heightened US-Iran tensions.

Washington slapped tough sanctions on Iran’s energy sector in 2018 but has granted Iraq a series of temporary waivers over the last 15 months to allow it to buy gas from Tehran.

Baghdad pays for the imports by depositing Iraqi dinars into an account at the state-owned TBI, which Iran is technically allowed to use to purchase non-sanctioned goods.

But if Iraq’s waiver is not renewed next month, TBI would stop processing payments, Haimus said.

“If the waiver ended, of course TBI will not pay for any gas or deal with any Iranian entity over gas or electricity. Absolutely,” he said.

“As a bank, the most important thing we have is that we are compliant (with international regulations). That’s why people trust us,” the chairman added.

Any entity that deals with institutions or countries that are blacklisted by the US could be slapped with secondary sanctions, which restrict its access to US dollars.

The waiver protected Iraq from such sanctions, allowing it to continue importing about 1,400 MW of electricity and 28 million cubic metres (988 million cubic feet) of gas from Iran.

In the meantime, Iran and Iraq agreed on a payment scheme in line with US regulations: a TBI account in Iraqi dinars.

As of last year, Iraq had an outstanding bill of around $2 billion for previous gas and electricity purchases, according to Iranian Oil Minister Bijan Zangeneh.

Haimus declined to disclose how much had been paid into the account or how much was still owed, but told AFP that “disputes” meant Iran had not been able to actually access the money.

“A few payments were made according to this mechanism but the problem is that handling this money was not possible,” he said.

Iraq fears being swept up in the spiralling tensions between Iran and the US, both of them allies to Baghdad.

Earlier this month, Iraq’s parliament voted in favor of ousting foreign troops—including some 5,200 US forces—following a US drone strike near the Baghdad airport that killed top Iranian and Iraqi military officials.

Outraged by the vote, US President Donald Trump threatened to impose sanctions “like they’ve never seen before” on Iraq if US troops were forced out.

The US then informed Iraq that it was considering blocking Baghdad’s access to a US-based account where Iraq keeps oil revenues that contribute 90 percent of the national budget.

Faisal al-Haimus, Iran gas exports to Iraq, US sanctions against Iraq January 23, 2020
“America Exists Today to Make War”: Lawrence Wilkerson on endless war & American empire
A new Middle East “MADE IN IRAN” is about to be born