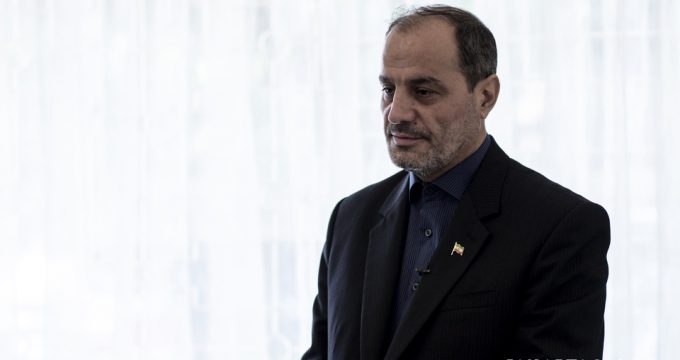 Jakarta Globe – The Iranian Ambassador to Indonesia has said that Iran would gladly work with Indonesia in a defense partnership if the government is interested in the plan.

Ambassador Mohammad Azad paid a visit to the Coordinating Minister for Political, Legal and Security Affairs Mahfud M.D. at his office in Jakarta on Tuesday to discuss bilateral relations between Indonesia and Iran, which began 70 years ago.

“We discussed many things,” Azad said at Mahfud’s office in Central Jakarta. “Iran and Indonesia started diplomatic relations in 1950. In 2020 we will celebrate the 70th anniversary of this relationship,” he said.

Azad said Iran wants to form a defense cooperation with Indonesia but would wait until he could meet with Defense Minister Prabowo Subianto to discuss the possibility.

“Iran has extensive experience in defense. If Indonesia is interested, we would love to be able to cooperate in the sector,” Azad said, adding that Indonesia would benefit from Iran’s experience.

According to the annual Military Strength Ranking from Global Firepower, the Iranian military was ranked 14th out of 137 countries in 2019. Indonesia was in 16th place.

‘Economic Terrorism’ Causes Tension With US

The standoff between Iran and the United States reached a fever pitch when Donald Trump ordered a drone strike that killed Iran’s most powerful general Qassem Suleimani in Baghdad on Jan. 3. Iran retaliated by firing missiles at several US facilities in Iraq.

The Iran-US standoff had affected Indonesia in recent years. State energy company Pertamina was forced in 2018 to shelf a deal to operate an Iranian oil field to avoid US economic sanctions.

Azad ensured Mahfud that war is the last option for Iran and that the country would rather take a more measured approach.

“Instead, we have started the Tehran Dialogue Forum to encourage countries in our region to work together to maintain security and peace,” he said.

The forum focused on discussions on territorial security and political affairs.

Although dismissing the idea of starting an open war, Iran has retaliated for Suleimani’s killing by launching more than a dozen missiles to US military bases in Iraq and three rockets that fell close to the US Embassy in Baghdad.

“Iran has been suppressed economically by what we call ‘economic terrorism’ [by the US]. Iran has also been attacked with the killing of General [Qassem] Suleimani, but we shall prevail. Iran has sent a firm response to them [the US], and they seem to have got the message,” Azad said.