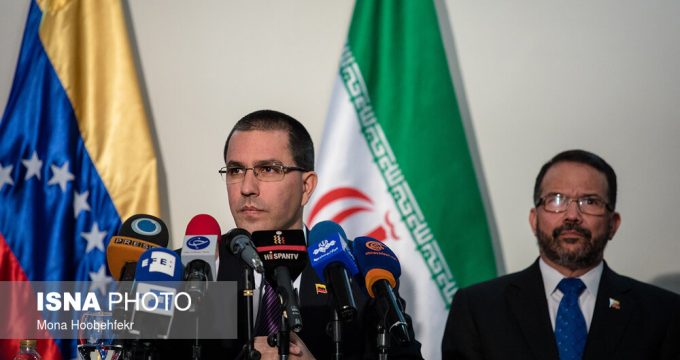 “The US government assassinated General Soleimani in a treacherous act,” Montserrat said in a press conference at the Venezuelan embassy in Tehran on Tuesday.

He also appreciated efforts made by General Soleimani in fighting terrorist groups.

Asked about Iran’s retaliatory missile strikes against the US base in Iraq in response to the assassination of General Soleimani, Montserrat said that Iran should defend its sovereignty and international peace.

He also blasted the US for plots and acts which increase instability in the region.

Lieutenant General Qassem Soleimani was assassinated in a US drone strike on Baghdad International Airport in Iraq on January 3.

The airstrike also martyred Abu Mahdi al-Muhandis, deputy commander of Iraq’s Popular Mobilization Forces (PMF), or Hashad al-Shaabi. The two were martyred in an American airstrike that targeted their vehicle on the road to the airport.

The second IRGC reprisal attack targeted a US military base near Erbil airport in Iraqi Kurdistan Region in the second leg of “Martyr Soleimani” reprisal operation.

It was the first direct attack on the US army ever since world war two.