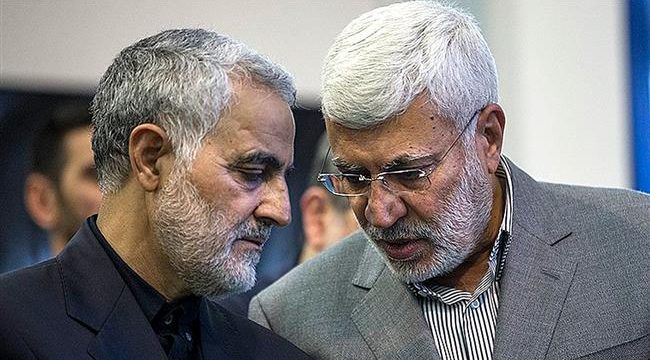 How are Iran and the “Axis of the Resistance” affected by the US assassination of Soleimani?

Ejmagnier.com | Elijah J. Magnier: The US President Donald Trump assassinated the commander of the “Axis of the Resistance”, the (Iranian Revolutionary Guard Corps) IRGC – Quds Brigade Major General  Qassem Soleimani at Baghdad airport with little consideration of the consequences of this targeted killing. It is not to be excluded that the US administration considered the assassination would reflect positively on its Middle Eastern policy. Or perhaps the US officials believed the killing of Sardar Soleimani would weaken the “Axis of the Resistance”: once deprived of their leader, Iran’s partners’ capabilities in Palestine, Lebanon, Syria, Iraq and Yemen would be reduced. Is this assessment accurate?

A high-ranking source within this “Axis of the Resistance” said “Sardar Soleimani was the direct and fast track link between the partners of Iran and the Leader of the Revolution Sayyed Ali Khamenei. However, the command on the ground belonged to the national leaders in every single separate country. These leaders have their leadership and practices, but common strategic objectives to fight against the US hegemony, stand up to the oppressors and to resist illegitimate foreign intervention in their affairs. These objectives have been in place for many years and will remain, with or without Sardar Soleimani”.

“In Lebanon, Hezbollah’s Secretary General Sayyed Hassan Nasrallah leads Lebanon and is the one with a direct link to the Syrian President Bashar al-Assad. He supports Gaza, Syria, Iraq and Yemen and has a heavy involvement in these fronts. However, he leads a large number of advisors and officers in charge of running all military, social and relationship affairs domestically and regionally. Many Iranian IRGC officers are also present on many of these fronts to support the needs of the “Axis of the Resistance” members in logistics, training and finance,” said the source.

In Syria, IRGC officers coordinate with Russia, the Syrian Army, the Syrian political leadership and all Iran’s allies fighting for the liberation of the country and for the defeat of the jihadists who flocked to Syria from all continents via Turkey, Iraq and Jordan. These officers have worked side by side with Iraqi, Lebanese, Syrian and other nationals who are part of the “Axis of the Resistance”. They have offered the Syrian government the needed support to defeat the “Islamic State” (ISIS/IS/ISIL) and al-Qaeda and other jihadists or those of similar ideologies in most of the country – with the exception of north-east Syria, which is under US occupation forces. These IRGC officers have their objectives and the means to achieve a target already agreed and in place for years. The absence of Sardar Soleimani will hardly affect these forces and their plans.

In Iraq, over 100 Iranian IRGC officers have been operating in the country at the official request of the Iraqi government, to defeat ISIS. They served jointly with the Iraqi forces and were involved in supplying the country with weapons, intelligence and training after the fall of a third of Iraq into the hands of ISIS in mid-2014. It was striking and shocking to see the Iraqi Army, armed and trained by US forces for over ten years, abandoning its positions and fleeing the northern Iraqi cities. Iranian support with its robust ideology (with one of its allies, motivating them to fight ISIS) was efficient in Syria; thus, it was necessary to transmit this to the Iraqis so they could stand, fight, and defeat ISIS.

The Lebanese Hezbollah is present in Syria and Yemen, and also in Iraq. The Iraqi Prime Minister Nuri al-Maliki asked Sayyed Nasrallah to provide his country with officers to stand against ISIS. Dozens of Hezbollah officers operate in Iraq and will be ready to support the Iraqis if the US forces refuse to leave the country. They will abide by and enforce the decision of the Parliament that the US must leave by end January 2021. Hezbollah’s long warfare experience has resulted in painful experiences with the US forces in Lebanon and Iraq throughout several decades and has not been forgotten.

Sayyed Nasrallah, in his latest speech, revealed the presence in mid-2014 of Hezbollah officials in Kurdistan to support the Iraqi Kurds against ISIS. This was when the same Kurdish Leader Masoud Barzani announced that it was due to Iran that the Kurds received weapons to defend themselves when the US refused to help Iraq for many months after ISIS expanded its control in northern Iraq.

The reason why Sayyed Nasrallah revealed the presence of his officers in Kurdistan when meeting Masoud Barzani is a clear message to the world that the “Axis of the Resistance” doesn’t depend on one single person. Indeed, Sayyed Nasrallah is showing the unity which reigns among this front, with or without Sardar Soleimani. Barzani is part of Iraq, and Kurdistan expressed its readiness to abide by the decision of the Iraqi Parliament to seek the US forces’ departure from the country because the Kurds are not detached from the central government but part of it.

Prior to his assassination, Sardar Soleimani prepared the ground to be followed (if killed on the battlefield, for example) and asked Iranian officials to nominate General Ismail Qaani as his replacement. The Leader of the revolution Sayyed Ali Khamenei ordered Soleimani’s wish to be fulfilled and to keep the plans and objectives already in place as they were. Sayyed Khamenei, according to the source, ordered an “increase in support for the Palestinians and, in particular, to all allies where US forces are present.”

Sardar Soleimani was looking for his death by his enemies and got what he wished for. He was aware that the “Axis of the Resistance” is highly aware of its objectives. Those among the “Axis of the Resistance” who have a robust internal front are well-established and on track. The problem was mainly in Iraq. But it seems the actions of the US have managed to bring Iraqi factions together- by assassinating the two commanders. Sardar Soleimani could have never expected a rapid achievement of this kind. Anti-US Iraqis are preparing this coming Friday to express their rejection of the US forces present in their country.

Sayyed Ali Khamenei, in his Friday prayers last week, the first for eight years, set up a road map for the “Axis of the Resistance”: push the US forces out of the Middle East and support Palestine.

All Palestinian groups, including Hamas, were present at Sardar Soleimani’s funeral in Iran and met with General Qaani who promised, “not only to continue support but to increase it according to Sayyed Khamenei’s request,” said the source. Ismail Haniyeh, Hamas Leader, said from Tehran: “Soleimani is the martyr of Jerusalem”.

Many Iraqi commanders were present at the meeting with General Qaani. Most of these have a long record of hostility towards US forces in Iraq during the occupation period (2003-2011). Their commander, Abu Mahdi al-Muhandes, was assassinated with Sardar Soleimani and they are seeking revenge. Those leaders have enough motivation to attack the US forces, who have violated the Iraq-US training, cultural and armament agreement. At no time was the US administration given a license to kill in Iraq by the government of Baghdad.

The Iraqi Parliament has spoken: and the assassination of Sardar Soleimani has indeed fallen within the ultimate objectives of the “Axis of the Resistance”. The Iraqi caretaker Prime Minister has officially informed all members of the Coalition Forces in Iraq that “their presence, including that of NATO, is now no longer required in Iraq”. They have one year to leave. But that absolutely does not exclude the Iraqi need to avenge their commanders.

Palestine constitutes the second objective, as quoted by Sayyed Khamenei. We cannot exclude a considerable boost of support for the Palestinians, much more than the actually existing one. Iran is determined to support the Sunni Palestinians in their objective to have a state of their own in Palestine. The man – Soleimani – is gone and is replaceable like any other man: but the level of commitment to goals has increased. It is hard to imagine the “Axis of the Resistance” remaining idle without engaging themselves somehow in the US Presidential campaign. So, the remainder of 2020 is expected to be hot.