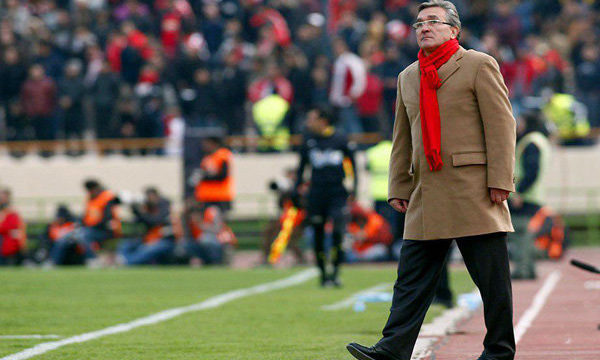 IRNA – Former Coach of Iran’s Persepolis Club Branko Ivanković said on Wednesday that during his four-year life in Iran, he saw no security concerns in Iran.

Speaking to IRNA, Ivanković said his long stay in Iran is the best response with regard to national security in Iran.

The Croatian professional football manager expressed hope for solving the problem with Asian Football Confederation not allowing Iranian Football clubs to host their own matches.

He noted the Iranian football spectators are really passionate and have always has massive turnout in Asian Champions League.

Earlier, Iranian Deputy Foreign Minister for political affairs Abbas Araghchi derided the AFC for a declaration to cancel Iran hosting Asian Champions League, saying Saudis have unfairly misused the air disaster and martyrdom of innocent passengers to their own benefit.

Arguing that flights over Iran are not safe, the AFC announced in a letter on Thursday that the Iranian teams are not allowed to host their own matches in the AFC Champions League and that the games should be held in a third country.

Iranian sports officials and the managers of the four teams to represent Iran in the AFC Champions League, i.e. Persepolis, Esteghlal, Sepahan, and Shahr-e Khodro, announced that if they are to play in a third country, they will withdraw from the League.