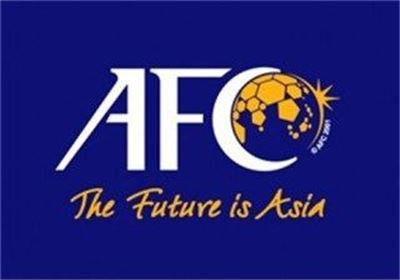 Shahr Khodro FC were scheduled to host Bahrain’s Riffa and Esteghlal FC were set to play Kuwait SC on Tuesday but both Asian Champions League matches were postponed after several governments issued warnings against traveling to Iran.

“To help facilitate the switch to neutral venues, which has been approved by the relevant AFC committees, the AFC will now reschedule the games to January 25, 2020 in the United Arab Emirates,” the AFC said in a statement.

Local media reported that the four Iranian clubs in the competition, including Persepolis and Sepahan, had said they would refuse to play if they cannot host games in the country.

The move comes after Iranian forces shot down a Ukraine International Airlines jet in error on Jan. 8, killing all 176 onboard amid tensions following the assassination by the United States of prominent general Qassem Suleimani.

Security concerns between Iran and its neighbors have affected the involvement of the country’s clubs in the Asian Champions League in the past.

Since 2016, matches between clubs from Iran and Saudi Arabia have been played in neutral venues due to concerns raised by the Saudis over safety issues when traveling to Iran.

Iranian clubs on that occasion also threatened to boycott the competition before relenting, with matches involving teams from the two countries played in Oman and, until a Saudi-led diplomatic dispute in June 2017, Qatar.

While they are among the best supported clubs in Asia, no Iranian side has won the Asian Champions League since it was created in 2002, with Tehran-based Persepolis going closest in 2018 when they lost in the final to Japan’s Kashima Antlers.

Persepolis have been drawn to meet Al Duhail from Qatar, Saudi Arabia’s Al Taawon and United Arab Emirates champions Sharjah in the group phase of this year’s competition.

Sepahan are slated to meet Saudi champions Al Nassr, Qatar’s Al Sadd and a qualifier from the play-offs.

Reporting by Shrivathsa Sridhar in Bengaluru and Michael Church in Bangkok; Editing by Peter Rutherford