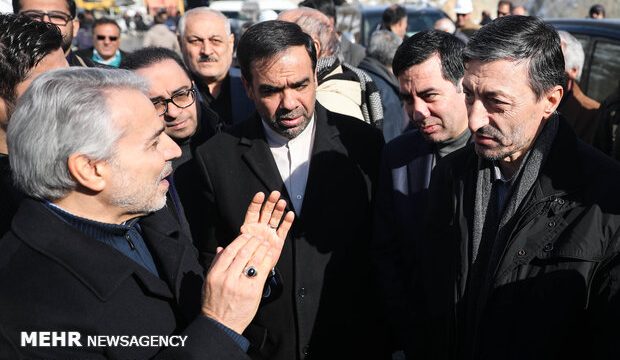 Section-1 of Tehran-Shomal freeway to be inaugurated in Feb.: Nobakht

MNA – Head of Plan and Budget Organization (PBO) Mohammad Bagher Nobakht announced on Tuesday that Section-1 of Tehran-North (Shomal) Freeway is to be inaugurated in February and during Fajr Decade (February 1-10).

Sections 2 and 3 of the freeway, with 30 percent of physical development, are still under construction but Nobakht vowed on Tuesday that the second section will be inaugurated by March 2021.

He made the remarks during his visit to the construction site of Section 1.

Tehran-North (Shomal) Freeway is of the most important freeways and perhaps one of the most notorious projects in Iran, as it is above 20 years in the making.

Sections 2 and 3 pass through mountainous terrain, are not easily accessible and will take longer to complete.

Section-4, which is 20 kilometers long and connects Marzanabad in Kelardasht District to Chalous (both in Mazandaran), was inaugurated in March 2014.