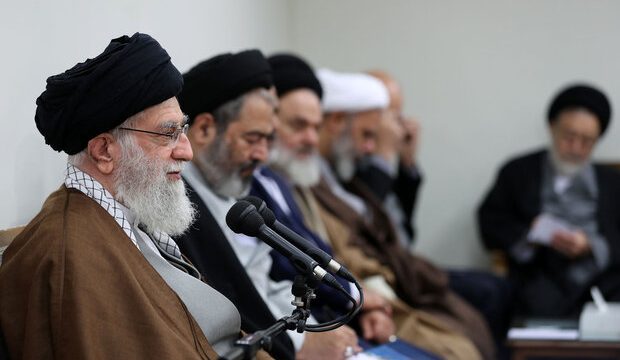 US angry with Iran’s resistance: Leader

MNA – Leader of the Islamic Revolution Ayatollah Seyyed Ali Khamenei said on Monday that Iran’s resistance has made the US angry.

Making the remarks in a meeting with officials responsible for the Hajj pilgrimage, he said that the US anger is due to the image created by Iran that has shown the resistance of an independent establishment against a bullying power.

The Leader lamented that a united Islamic Ummah has not been formed yet and some Islamic countries are dealing with some contrasts and involved in wars.

He urged the officials to use Hajj rituals as a chance to generate ‘Religious Democracy’ besides elaborating on other issues including the reasons for Iran’s animosity with the US, to the world.